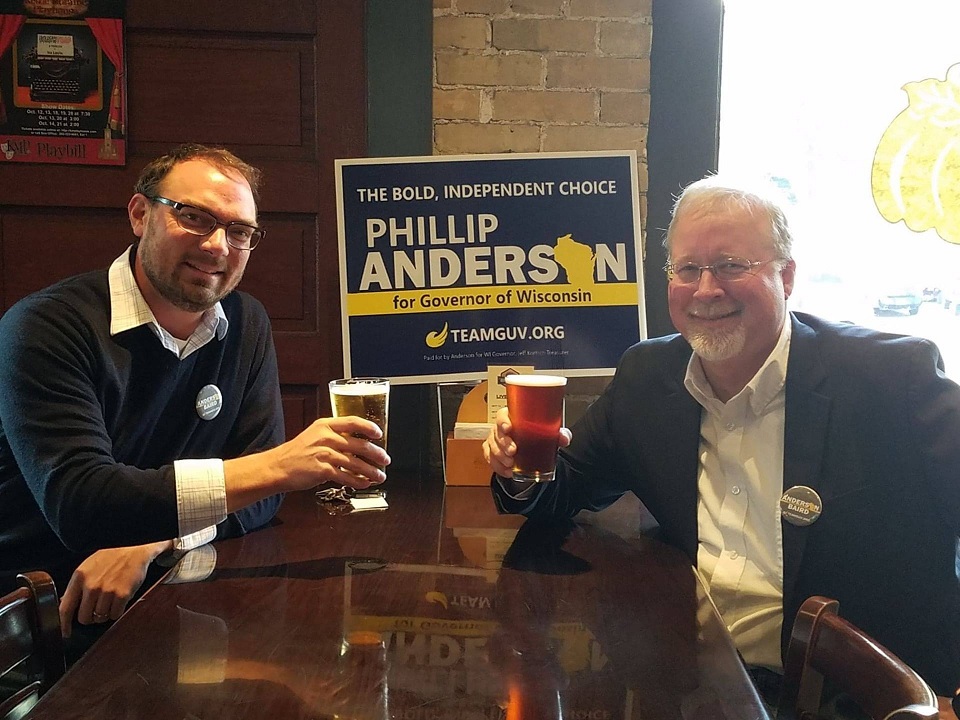 He didn’t get on stage, but Phil Anderson has plenty to contribute to the debate in the race for Wisconsin governor.

Anderson, running for governor as a libertarian and polling in the single digits, was excluded from the first debate between Scott Walker and Tony Evers on Friday night.

So, his key reform points about getting rid of the state income tax, creating a much friendlier business climate and decentralizing government weren’t part of the conversation — although marijuana legalization was.

Anderson says Libertarians have owned that issue since the party was formed in 1971 — largely over how drug laws have disproportionately impacted African Americans.

“The reasons that a lot of those folks are in jail and been incarcerated is because of their choices to use marijuana and the war on drugs — and the racist intent and the racist effects of the war,” Anderson said Friday afternoon on WIZM. “So, we’ve been promoting the legalization of marijuana, not only for personal freedom purposes, but for also criminal justice for 40-some odd years.”

Gov. Walker is starkly opposed to legalization. Democrat Tony Evers has said he would be guided by a statewide referendum. Anderson on Friday led a protest outside the television studio in Madison from where the first debate was broadcast.

“We’ve seen, since the war on drugs started in the early 70s, that it’s had a disproportionate effect on incarcerating black people, especially in Wisconsin,” Anderson said. “Wisconsin has like the second-highest incarceration rate of African-Americans in the country.”

Anderson was excluded from Friday night’s debate due to the Wisconsin Broadcasters Association’s (WBA) requirements that candidates hit the 10-percent mark in the polls — somewhere between 5-7% — and collected at least $250,000 in campaign contributions.

So he was excluded, as was his viewpoint of cutting the state income tax altogether or getting government out of picking winners and losers in business through grants and tax credits.

“We believe that Wisconsin people and the employers and small businesses know how to best support their economy,” Anderson said. “So, if we leave that tax money in their hands, they’ll make good decisions to benefit their communities.”

It’s unclear whether Anderson will be allowed on stage in the second and final debate in the race on Oct. 26 in Milwaukee.