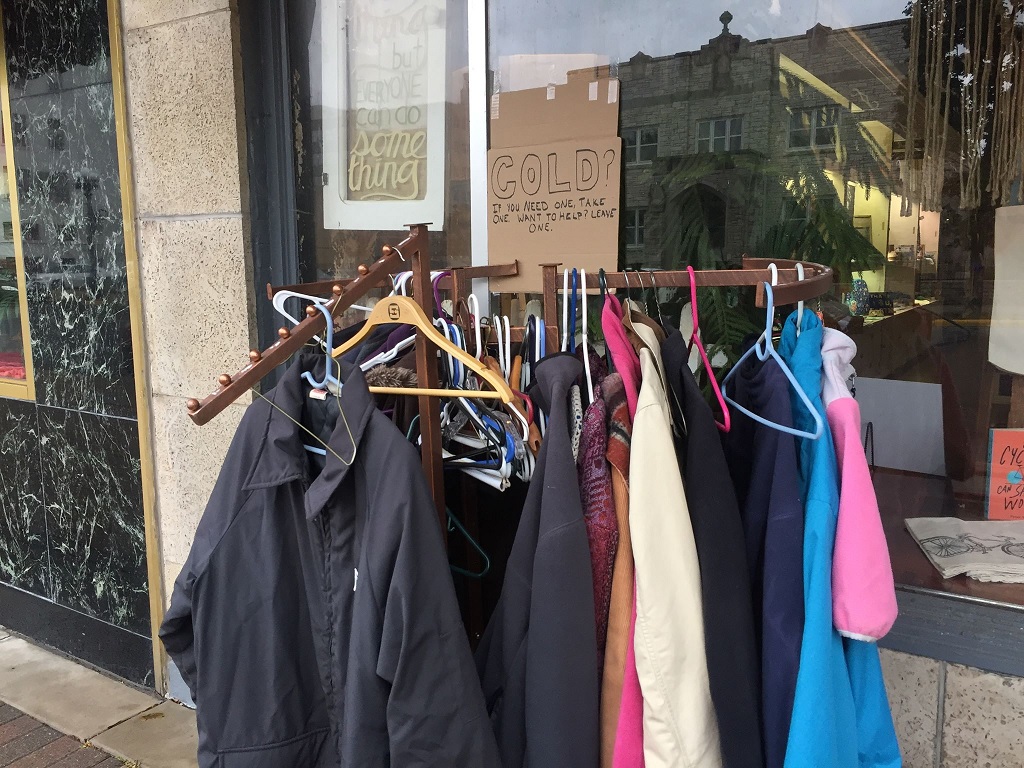 A downtown La Crosse store has a position on the state of being cold. That position: You shouldn’t have to be.

That’s why Full Circle Supply on Main Street has a coat rack outside the front door.

Joshua Larson at Full Circle Supply says it was a simple idea that came by accident.

“We’re cleaning out some closets,” he said, “and getting rid of a few things that had been just kind of sitting around for a few years without being worn and we were getting ready to take them down to the Salvation Army, and my wife said, ‘Hey, let’s put them outside,’ and that’s what we did.”

After about week this year, there’s been plenty of activity, says Full Circle Supply’s Joshua Larson

“There’s people showing up every day that are bringing new stuff down, people out there taking new things,” Larson said. “I think, conservatively, I would say there’s probably been about 50 or so coats or sweatshirts that have been taken this year.”

Larson added there’s been as much give as there has been take.’

“Most of the people don’t even come inside,” he said. “They just go out there. There’s extra hangers, so they just show up, hang things up and kind of take off.”

Larson says he’s also had donations of sleeping bags, hats, mittens and gloves and hygiene products. This is the store’s second year of providing the coat sharing rack.