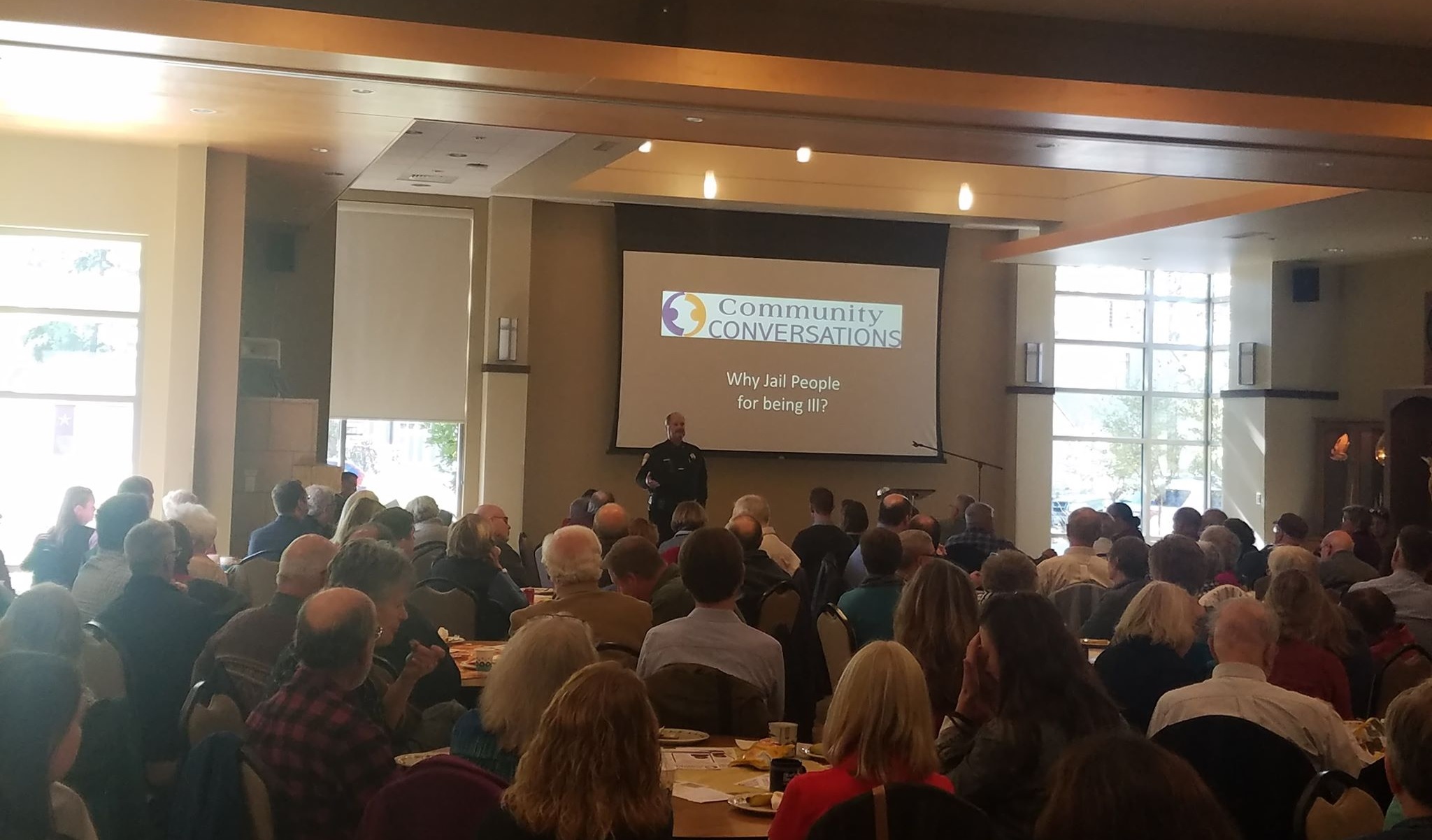 He says he runs the large psychiatric facility in La Crosse County.

Sheriff Steve Helgeson made it clear during a community conversation Wednesday at English Lutheran Church in La Crosse that there are not enough services for the mentally ill, so they more often than not end up in the county jail.

Helgeson says it seems like crime and mental illness go hand in hand.

“We have about 6,000 bookings in the La Crosse COunty jail a year,” he said. “We find that about 40 percent of those bookings self report that they have a mental illness.”

Helgeson added that one inmate had to be locked in his cell most of the day because of his mental illness. He has been cleared to go to the state mental hospital in Madison but is number 70 on the waiting list.

Such is the state of mental health in the state. It’s just one story of many says Helgeson, who thinks the county needs more resources to solve the problem.

“La Crosse County has invested a lot of effort and money in trying to make the problem better, but it’s going to really take more effort of the state and national level in order to provide the resources that are needed,” he said.

Helgeson says he sees no urgency to try and fix the issue.

The La Crosse County Sheriff’s Office hired a full-time mental health director, a full-time therapist and 24-hour nursing care. All designed to care for the mentally ill inmates brought to the county jail.

Despite the investments, it takes a toll on those required to secure the jail.

“I just talked to some jailers this week,” Helgeson said, “and they said, ‘You know with the drug epidemic we’re seeing and more and more mentally ill persons falling through the cracks,’ it certainly seems that the jailers are feeling more burnout, too.”