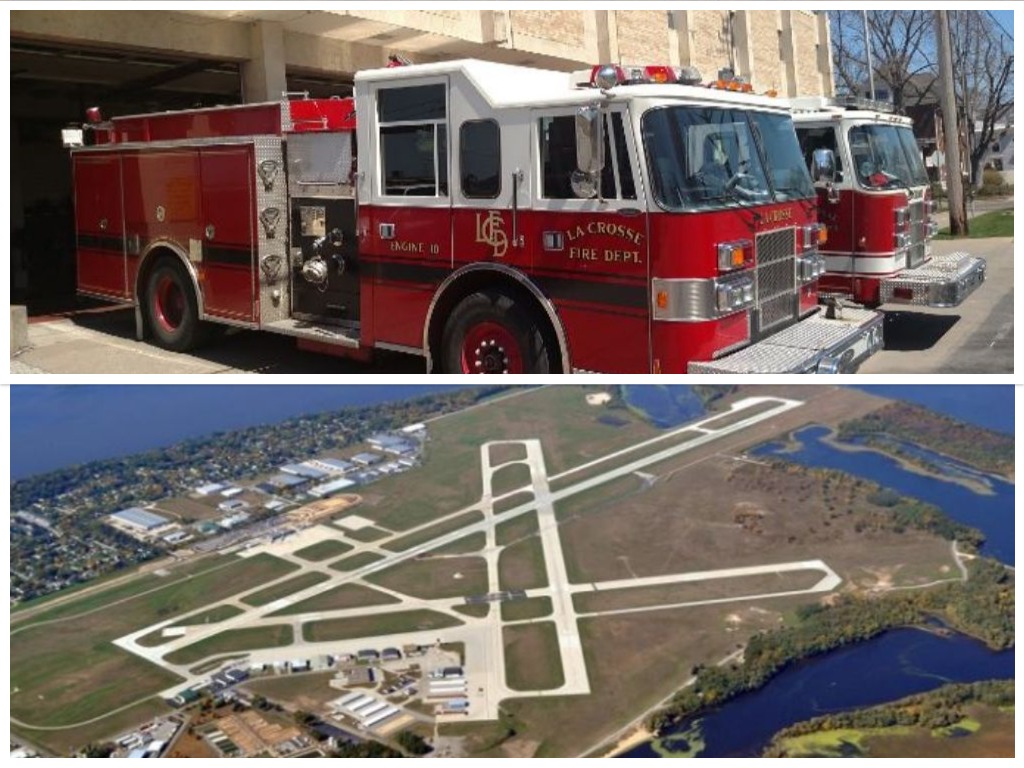 Within a few weeks, some firemen in La Crosse will be assigned to protect La Crosse’s airport.

The protection agreement is now making its way through city committees. La Crosse Fire Chief Ken Gilliam says it makes sense for his department to include the airport in its coverage area.

“Certainly the La Crosse Airport’s got just enough work to be dangerous but it’s small enough that it can’t support its own full-time, career fire department on its own,” Gilliam said.

The airport was criticized a few years ago for contracting with a company in Green Bay to handle its firefighting needs. The initial contract between the fire department and the airport will run until the end of June.

While that happens, La Crosse’s crew will get trained in.

“Make sure we understand the airport and all the dynamics with the flights coming and going. As we get on that we’ll be

We’ll be looking for ways we can expand certainly during the down times when the airport doesn’t have flights coming in — fire protection, any MS response right out of that airport fire station.

Gilliam says at least one city firefighter would be stationed at the airport at all times.

How many more would be needed during busy times of the day is still being worked out.

Gilliam hopes to have the airport fire station staffed by the start of the new year.