Skateboards and bikes are back at Lueth Park 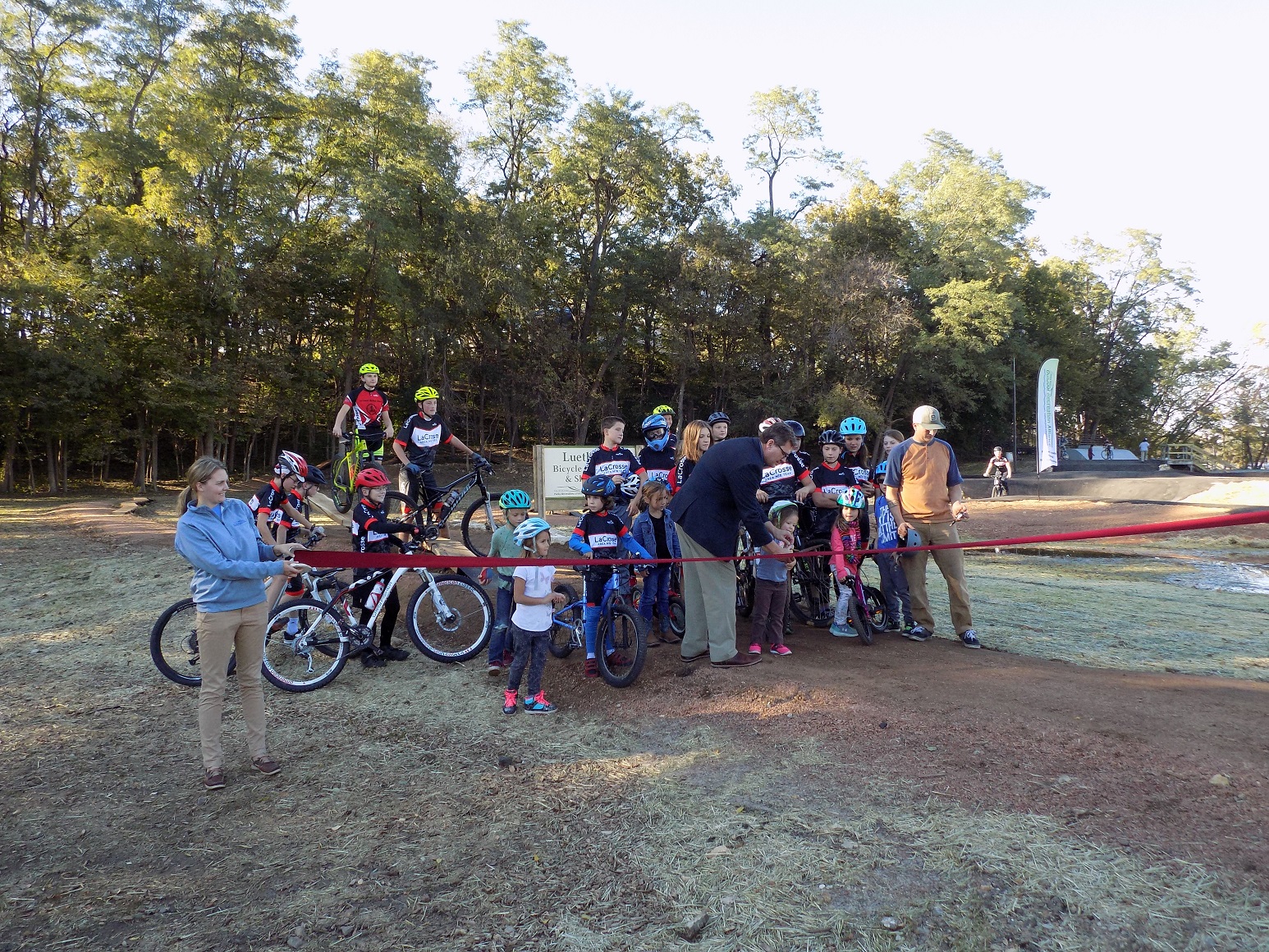 The park along Lang Drive now becomes a destination for bicycle riders, as well, after a six-month improvement project.

Jed Olson of the Outdoor Recreation Alliance designed the new look of Lueth Park, including what’s known as a pump track.

“It’s called a pump track because you pump with your body to get your speed going through,” Olson said. “We also got a lot of skills features that are designed more for bicycles going up and over things.”

The park near the marsh had been a destination for skateboarding for almost 20 years.

Kabat recently talked to some young people who grew up using Lueth Park and, “They could not stop talking about how excited they were to see the skatepark, as well as this addition of the pump track,” he said.

Marvin Wanders of the La Crosse Park Board likes the track’s butterfly shape, which he calls symbolic.

“From the standpoint that it’s an indicator of natural resource health,” Wanders said. “It’s a key prey in the cycle of ecology. It’s also very important for pollinators.”

Wanders says about 500 hours of volunteer time and $80,000 in contributions were put into the Lueth Park improvements.