Cultural statues being planned for Cameroon Garden in Riverside Park 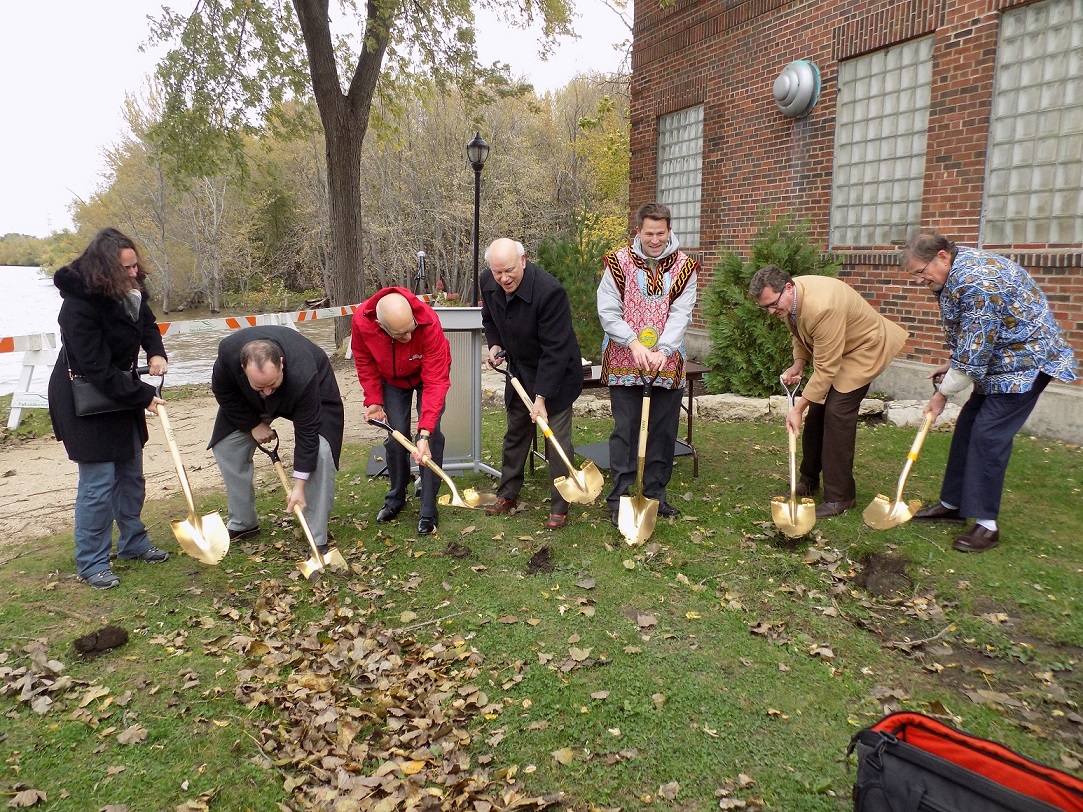 It may have felt more like December than early October on Thursday, but icy winds didn’t stop supporters of La Crosse’s sister-city program from breaking ground for a Cameroon Garden in Riverside Park.

A local committee plans to put artworks in the garden that symbolize the history of the Cameroon city of Kumbo to honor one of the community’s foreign ‘sister cities.’

It will recognize the Kumbo culture of the African nation. La Crosse Mayor Tim Kabat said the sister city project shows how people from around the world can work together.

Volunteer Eva Marie Restul said natives of Kumbo now living in the Twin Cities were asked to endorse a sculpture of a spiritual leader from Cameroon.

“We ask this wonderful group from Cameroon, ‘Would it be appropriate to have a fawn sculpture in our garden?'” she said. “With tears in their eyes, they said, ‘It would make it truly Cameroon.'”

Another statue planned for the Cameroon garden will symbolize a water goddess called the ‘Mami Wata.’

The Cameroon garden will be placed between the Visitor Bureau building and the Hiawatha Indian statue at Riverside Park.

The sister-city partnerships with Kumbo began with local Franciscan sisters.

At the garden ground-breaking Thursday, Sister Linda Mershon of the FSPA said American nuns first came in contact with nuns from Kumbo about 25 years ago.

“We learned that we are not in relationship to give them a hands up, we are in the relationship to grow and learn from each other,” Mershon said, adding the common venture with the Kumbo sisters has led to contacts with nuns in Germany, Italy and Bolivia.