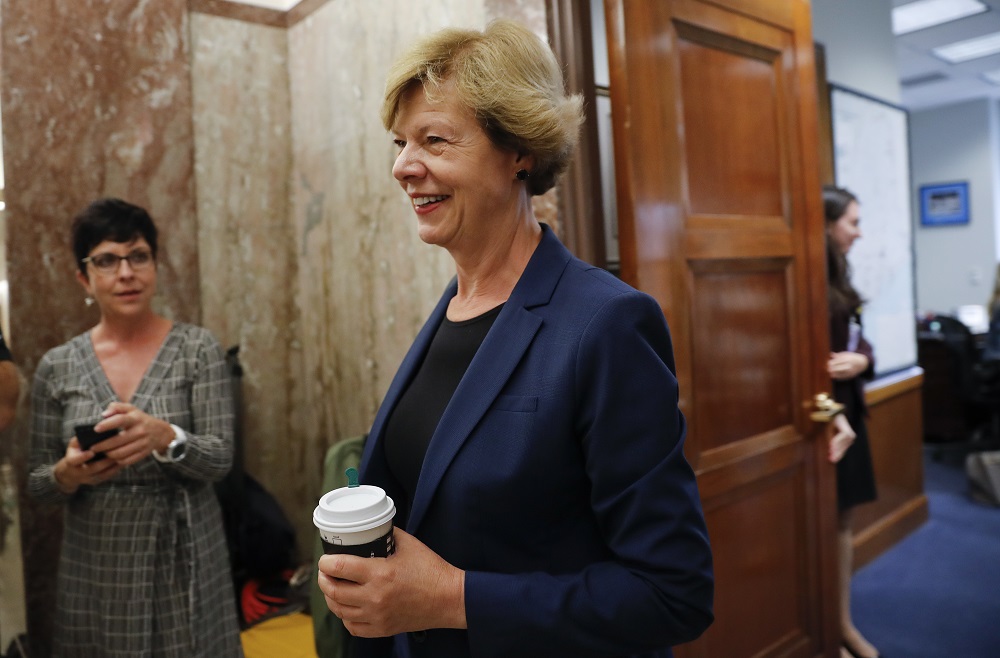 A tie vote in the U.S. Senate was enough to kill a resolution authored by Wisconsin Sen. Tammy Baldwin.

The bill sought to end short-term insurance plans that Democrats criticize for their potential to deny coverage for people with pre-existing conditions, which are protected by the Affordable Care Act.

Baldwin on the Senate floor before the vote said, “I’ve heard my colleagues on the other side of the aisle say they are committed to protecting people with pre-existing conditions. Now is your chance to prove it.”

Democrats forced the vote with the hope of getting the GOP on the record voting against covering pre-existing conditions.

The vote died, tied 50-50. Only Maine Republican Sen. Susan Collins voted with Democrats on the resolution.

“These junk plans will reduce access to quality coverage to millions and increase costs,” Baldwin said on the Senate floor before the vote. “Anyone who says they support coverage for people with pre-existing conditions should support this resolution and overturn Trump Administration’s expansion of these junk insurance plans.”

Republicans see short-term insurance as providing better, cheaper choices, and good for those who don’t want all the protections of the Affordable Care Act.

Wisconsin Republican Sen. Ron Johnson said of his no vote, “A vote to overturn this rule is a vote against affordable health insurance, and a vote against personal freedom and choice.”

Democrats have attempted to make the fight over pre-existing conditions coverage a centerpiece for the upcoming elections and Wednesday’s vote makes that a real possibility.