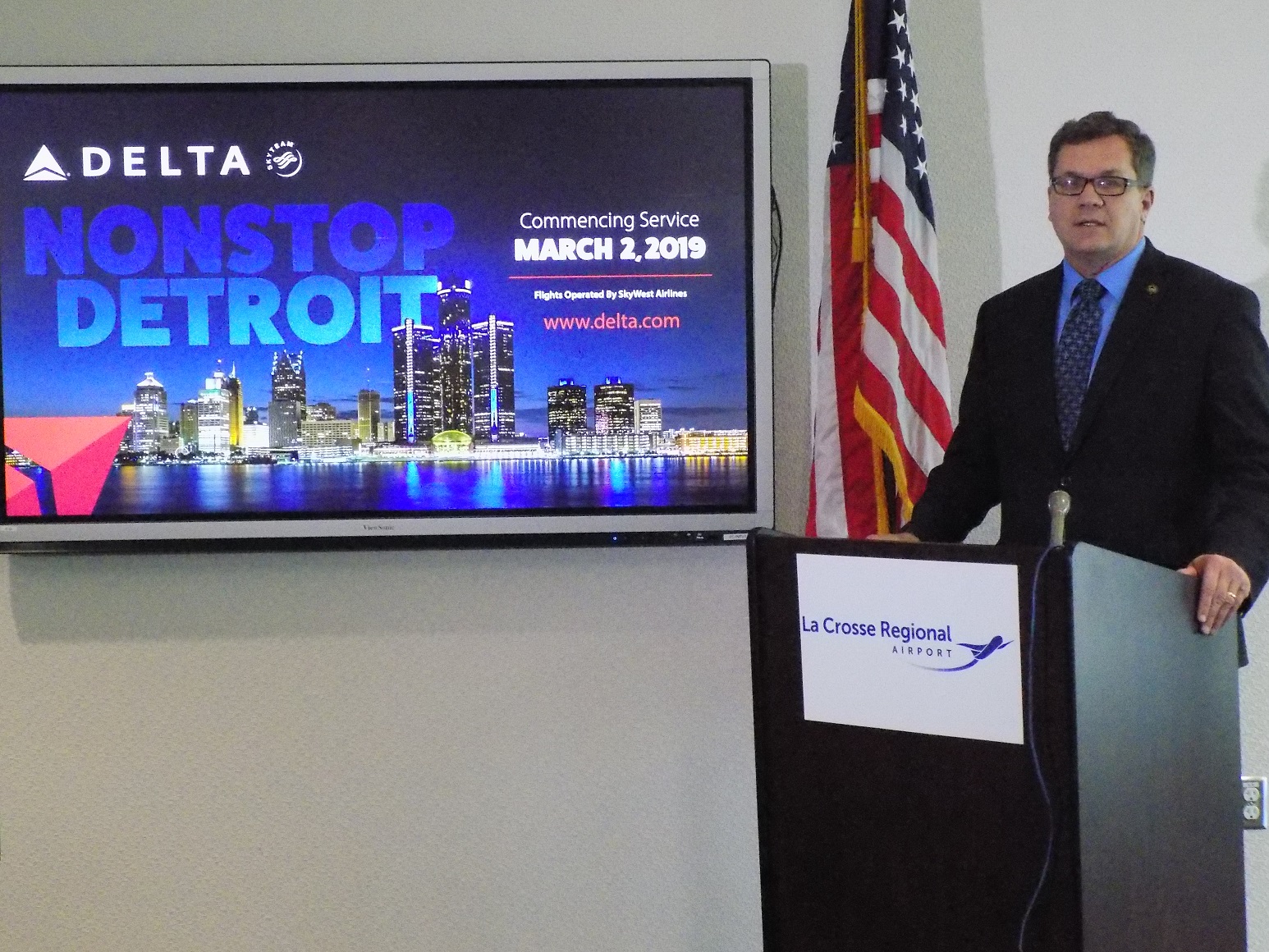 Several community leaders in La Crosse are happy to see the regional airport restore daily nonstop service to and from Detroit.

Tuesday’s announcement of the Detroit flights was attended by Mayor Tim Kabat, Vicki Markussen of the Chamber of Commerce and Chancellor Joe Gow from the University of Wisconsin-La Crosse.

Gow said having one more connection to an international hub makes it easier to attract students or staffers from other places.

“When they apply for a position at the university, and wanna come and visit,” Gow explained, “if it’s real complicated, that doesn’t bode well. So, to have this streamlined, that really helps us.”

“It’s really vital for what we’re trying to do at the university.”

La Crosse used to have regular Detroit service, until 2014, when the local flights were dropped following the merger of Northwest and Delta. Airport director Clint Torp said the termination of the previous Detroit service was a business decision by the airlines, and not a reflection of local traveler demand.

Torp hopes to add a second round-trip each day to the new Detroit service, where a flight will arrive at La Crosse during the noon hour and depart 30 minutes later.