Families happy to see Trane Park project move ahead, as committee meets tonight over its $1 million in funding 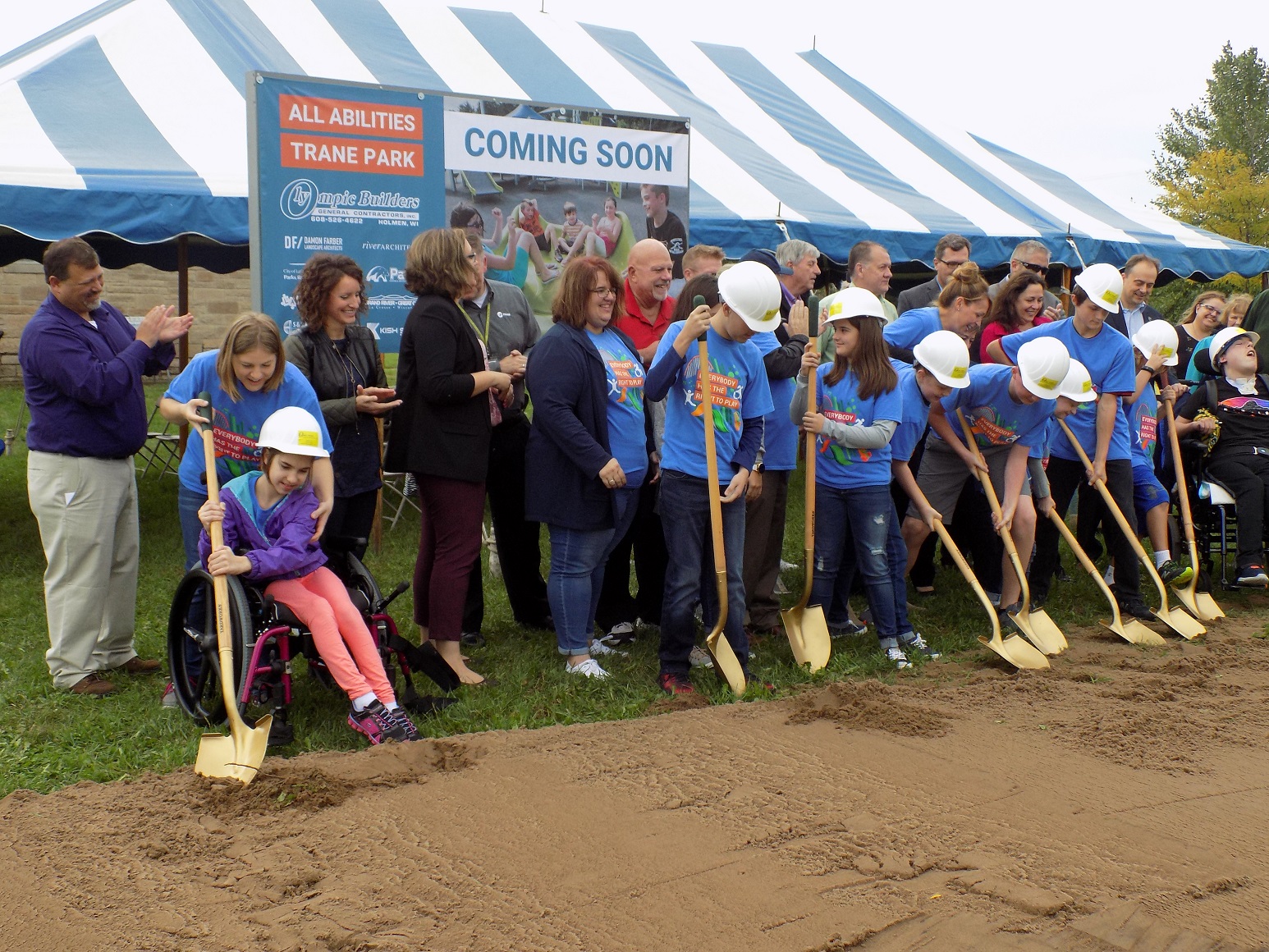 They broke ground for Trane Park on Wednesday morning.

The 9-acre park is being converted into an all-abilities playground — one of only a handful now in the U.S.

“This is a park that’s going to be the most sought after location for children throughout this city and throughout this region, evidence by the fact that my two little kids, every week, are asking me when this park is going to be done,” Jason Witt, from the La Crosse County human services department, joked.

Witt says the number of autistic children in America is rapidly growing, and researchers have found that the best way for children to develop skills is through play.

Trane Park will be equipped with special zones where visitors can swing, slide, spin and climb. It’s been planned for about six years.

Even though the city held the groundbreaking already, city council action this week could still affect the project.

The finance committee of the council is set to discuss $1 million in funding for Trane Park at its monthly meeting tonight.

Speakers at the groundbreaking asked the public to keep donating money for the playground.

The project had been proposed for Powell Park on West Avenue but moved to a different location in La Crosse and should be done by summer.