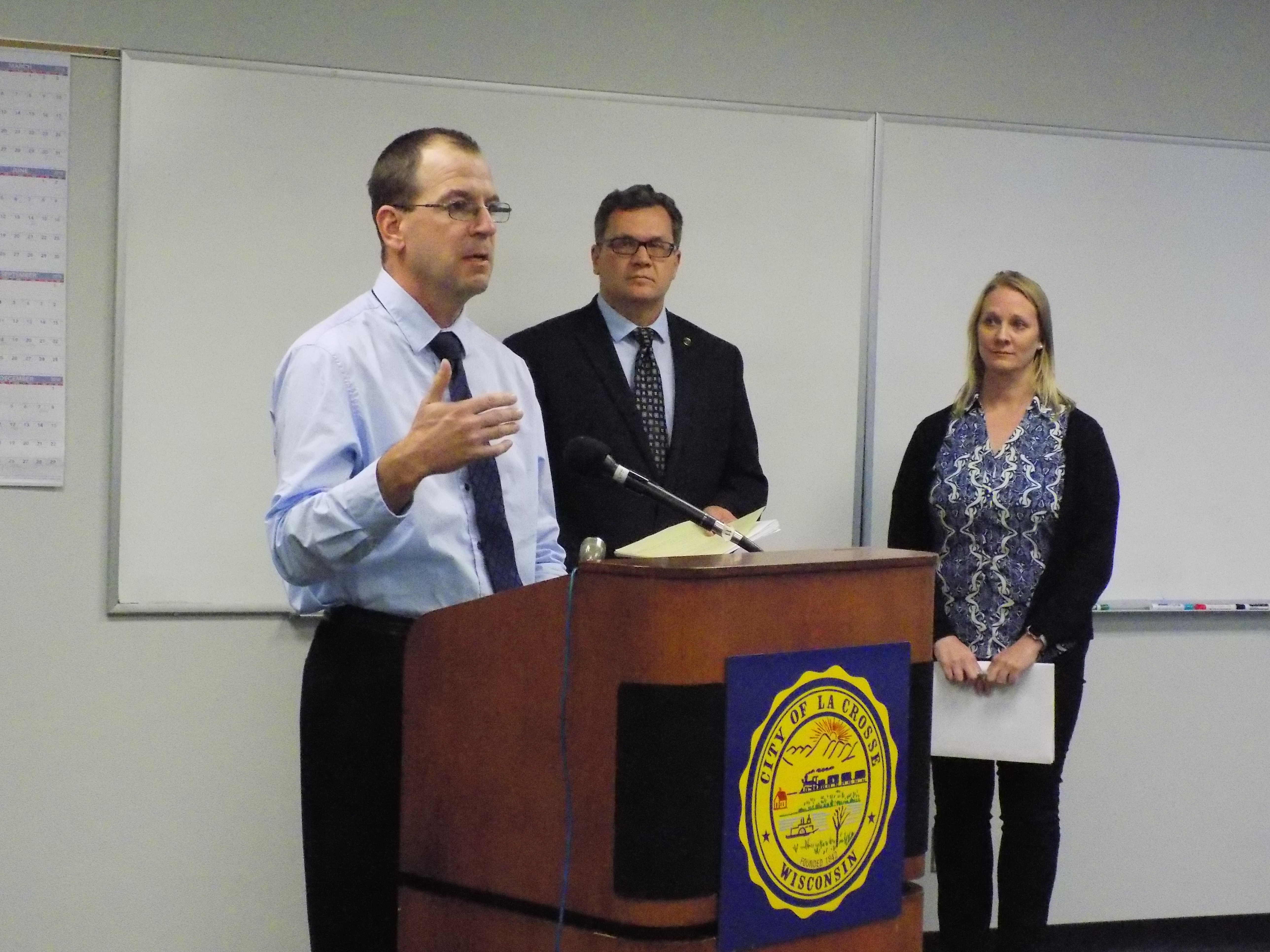 The Commerce Department announced last week that La Crosse would get $3.6 million in federal funds to upgrade its stormwater management system, on the north side of the city.

The mayor said MOnday flood prevention is just one part of the total project.

“With each and every project,” Kabat said, “we try and also look at the green infrastructure and being able to, again, hold back stormwater, make sure that it’s clean and filtered and all those types of things.”

La Crosse’s grant came in response to severe storm damage from the summer of 2017, which caused problems for neighborhoods and for businesses, such as the Forest Hills Golf Course.

Andrea Schnick is the economic development planner for the city. She believes that changes in the stormwater system could help avoid future damage.

“We saw over $400,000 of issues at Forest Hills Golf Course, of repairs that were needed, of trail projects that were needed,” Schnick said. “We saw significant businesses that were either shut or impacted by their employees not able to travel to work.”0

Schnick says the grant represents almost half of the $8 million in disaster funding allocated to the Chicago region after last year’s storms.

City utility manager Bernard Lenz says much of the federal grant will go toward improving or replacing lift stations in north La Crosse.

He says those facilities are used to remove stormwater, especially when local river levels rise sharply.

“Instead of having to take those pumps in and out all the time, we’re going to actually have a permanent booster station there,” Lenz said.

Lenz says the proposed improvements for the lift station on Monitor Street could have come in handy during our latest round of flooding, at the end of August.