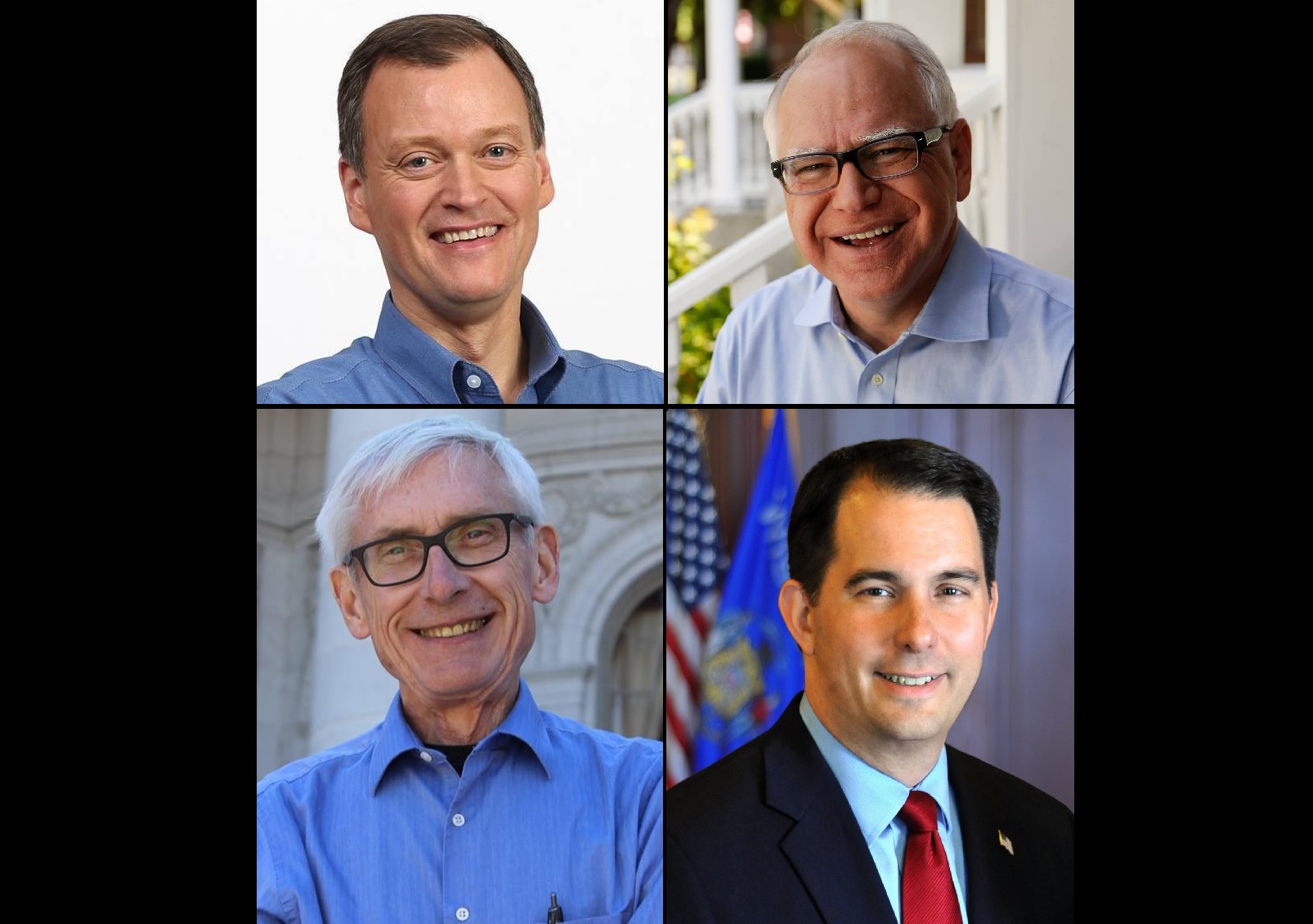 With that background and his party controlling all statewide offices, Republican Attorney General Bill Schuette might be on the fast track to winning the Michigan governor’s race in November. One reason he’s not: President Donald Trump.

Schuette is an outspoken supporter of the president, who narrowly won the state in 2016 but has declined in popularity since.

“I’m not going to run away from any issue,” he said. “I appreciate the support of the president, and I stand by my record of achievement.”

As with many races around the country, this year’s midterm campaigns for governor are in many ways proxy fights over support or opposition to the Trump administration.

Richard Czuba, a nonpartisan pollster in Michigan, said voters in every age group are more motivated to get to the polls than he’s seen in his 35-year career. He said independent voters are leaning toward supporting Democrats this year largely because of their distaste for Trump.

“It’s an environment like nothing I’ve ever seen,” said Democratic nominee Gretchen Whitmer, a former legislative leader, who has held an edge in state public opinion surveys.

She has spoken against Trump’s policies but said she is much more focused on fixing Michigan problems.

The theme of a Trump-backed Republican and a left-of-center Democrat locked in a close election contest runs through many of the 36 races for governor on the ballot this year.

Trump’s relative unpopularity is another challenge for Republicans, who already were bracing for tough governor’s races this year after having unprecedented success during former President Barack Obama’s tenure.

Republicans have dominated state elections across the country since 2010, the first midterm election after Obama took office. Even after losing in New Jersey last year, Republicans hold a near-record 33 governor’s offices compared to 16 for Democrats (Alaska’s governor is an independent).

Most of the races expected to be close this year are in states where Republicans currently serve as governor. In addition to Michigan, swing states that include Florida, Maine, Nevada and Ohio have open seats where the current GOP incumbent is termed out. Incumbent Republicans are locked in tough races in Arizona and Wisconsin, drawing millions of dollars in independent expenditures.

The GOP is aiming to pick up governor’s seats in Connecticut and Colorado, states with open seats where Democrats now hold the job, and to re-elect incumbents in three other states in New England, a region that overwhelmingly sends Democrats to Congress.

Why does it matter? Aside from holding executive powers and overseeing state agencies, governors in many states can approve or veto the maps drawn once a decade for congressional and state legislative seats. That process determines which party will hold political power for years to come.

The next round of redistricting will happen after the 2020 Census, giving governors who win this year the ability to approve or veto the new maps.

An arcane process typically of interest to political insiders, redistricting has rocketed to national attention in the past two years. Republicans seized control of state legislatures and governor’s offices in 2010 and proceeded to draw districts heavily favoring their party in many states, even those where voter registration is about equally split between Democrats and Republicans.

That process, called gerrymandering, has given Republicans outsized influence in Congress and state legislatures, and it’s a dynamic Democrats hope to begin reversing by retaking governor’s offices.

“People recognized that if we were going to have some bastion of protection for civil rights, it’s to have a check on Donald Trump,” Washington Gov. Jay Inslee, chairman of the Democratic Governors Association, said in an interview. “And the only way to do that is to stop this gerrymandering.”

His group is targeting eight states where governors have a redistricting role. It believes flipping the governor from a Republican to a Democrat would put the party in position to pick up 20 seats in the U.S. House of Representatives with the next maps.

Jon Thompson, a spokesman for the Republican Governors Association, downplays gerrymandering as a motivating issue this year and portrays it as part of the regular push-and-pull of politics.

Redistricting is one of many issues in play in governor’s races across the country. Health care is another, and many surveys show it as a top concern for voters.

The Medicaid expansion that was part of Obama’s Affordable Care Act is emerging as a key issue in many states. That includes Florida and Georgia, which have open races and where the Democratic candidates are trying to become their state’s first black governor.

Protecting older Americans from higher insurance premiums and protecting those with pre-existing medical conditions are other hot-button topics. In Michigan, health care is a dividing line between the candidates.

As attorney general, Schuette joined with other Republican attorneys general in litigation seeking to overturn the Affordable Care Act. Democrats are criticizing him for not fighting a separate lawsuit that threatens protections for patients with pre-existing conditions that Obama’s law put in place.

That stance alone threatens to undermine any goodwill Schuette had built up by launching investigations into the lead-tainted water crisis in Flint and into Michigan State University’s handling of sexual assaults by Larry Nasser, the former team doctor for USA Gymnastics.

Whitmer is focusing her campaign on cleaning up drinking water across the state, rebuilding roads and maintaining the expansion of Medicaid that she helped developed with current Gov. Rick Snyder, a Republican. It provides health coverage to 663,000 lower-income adults.

She voted for the expansion of Medicaid as a lawmaker while Schuette opposed it. He recently suggested that he would not undo the program but said he wants to implement GOP-enacted work requirements that are scheduled to take effect in the state in 2020.

“It is a stark difference,” Whitmer said. “I want to keep working to get more people covered, and he wants to take health care away from people.”