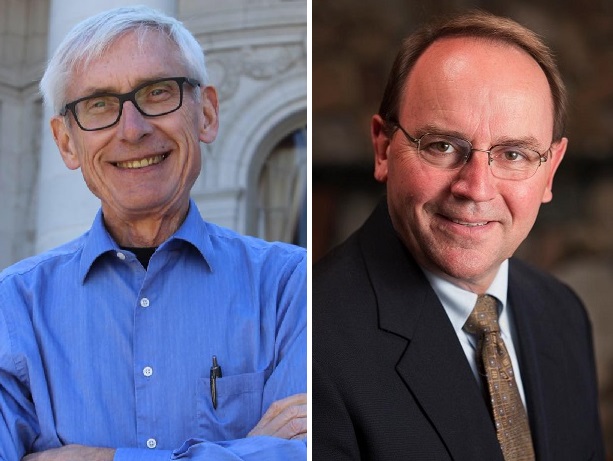 Without offering a specific plan, Democratic candidate for governor in Wisconsin, Tony Evers, has provided a look into his blueprint for the future in the state.

It includes tax changes that, Evers says, will provide relief for middle class families and the poor, while the wealthy will pay more.

Evers says he’s open to raising a variety of taxes, including on personal income and gasoline, as part of his agenda to lower the tax burden for working families and fix roads.

“I would swear Christmas is around the corner after listening to Tony Evers, and that the stockings are going to be stuffed full,” Tiffany said.

Tiffany claims to have seen before the eventual outcome of such taxing policies.

Evers says “it will be our goal to keep taxes reasonable.” Tiffany warns Evers’ plans — whatever they wind up becoming — would return the state to the “dark days” before governor Scott Walker took office.

“Are we going to go back to the dark Doyle days?” Tiffany said, referring to Jim Doyle, who was Wisconsin’s governor from 2002-2010. “Is that where we’re going to go? Because you can see what’s being set up with Tony Evers’ proposals.”

Evers denies Republican claims that he would raise gas taxes by a buck a gallon to pay for roads, but he won’t rule out a gas tax or any other increase.

Tiffany calls the plan an economy killer that would sent the state backwards.

“Let’s not stop the growth of the Walker economy here by going backwards a decade,” he said.