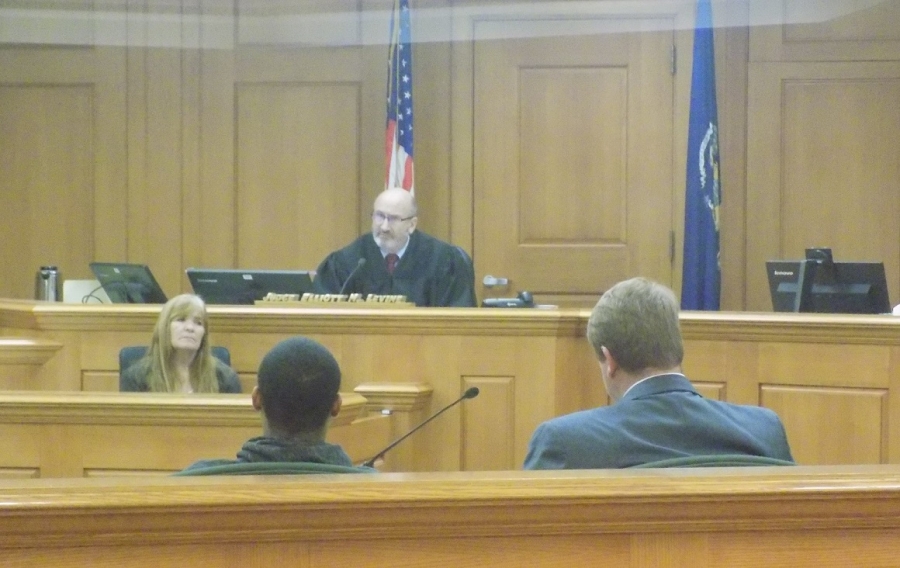 Frustration has clearly reached the boiling point with La Crosse Police Department in relation to sentencing by county judges.

The latest example is the case of 44-year-old Aric Elmore.

“With an extensive criminal record and numerous bail-jumping charges, Elmore’s prison sentences for his latest convictions were stayed by Judge Elliot Levine this week. Elmore was given probation instead.

“He’s a criminal. He’s a drug dealer. He’s a gun toting felon,” Abraham said Wednesday afternoon on WIZM. “And, this is the kind of message that Judge Levine sends to our community, in how we deal with these people.”

Elmore was one of four who faced charges after the drug bust at 1501 9th Street South last March. Police found heroin, crack, loaded guns, thousands of dollars in cash and a security camera system to protect the drug dealing enterprise.

Levine stayed two, four-year prison sentences for Elmore and gave him probation instead for the bust. That’s the very reason why the La Crosse Police Department tries to get cases like Elmore’s into federal court, where criminals face significant time behind bars.

“It’s embarrassing that we have to constantly ask the feds to take our cases, when there’s no reason why the state can’t prosecute these cases and get a decent sentence,” Abraham said.

Elmore had pleaded guilty to drug and weapons charges as part of a plea deal earlier this year.

“Let’s just close the jail permanently, and lay off all the cops and everyone else through the system, because apparently, what we’re doing — just give everybody a free ride,” Abraham said with a hint of sarcasm.

Abraham has repeatedly called on judges to better protect the community through stiffer sentencing for convicted criminals and more significant bail conditions for accused suspects.

“If heroin is such a big issue,” Abraham said, “if it’s killing the people on our streets, if people are overdosing every single day, why don’t we just take that and say, ‘Drug dealers, if you come to this county and you sell heroin, we will treat you harshly.’?”

Elmore has a long history of drug and weapons offenses and has violated terms of probation multiple times in the past.