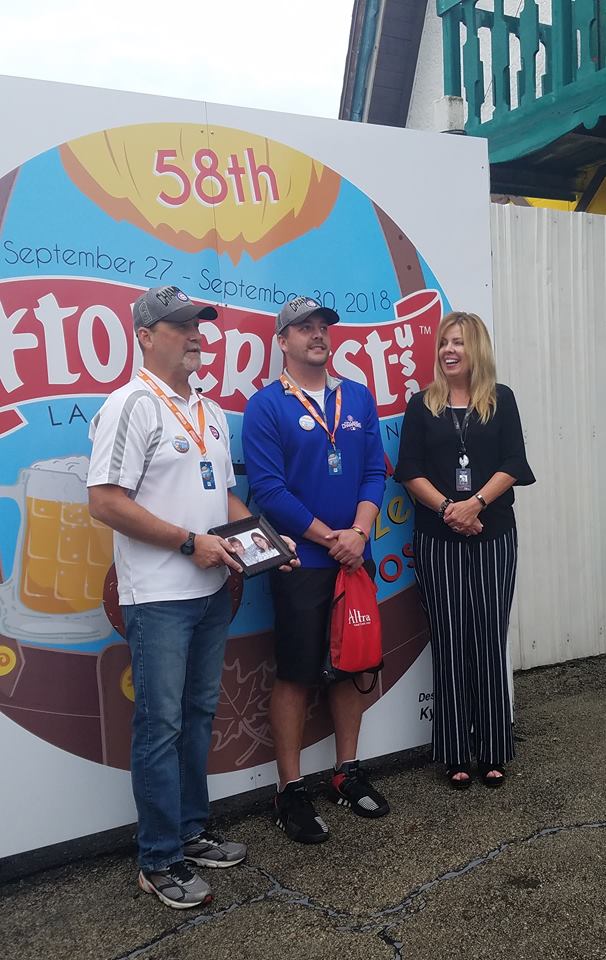 Finding the Oktoberfest medallion this week for a father-son team was beyond special.

Michael Kirschbaum Sr., and his son, Michael, Jr., have been participating in the medallion hunt for decades. But, this year, was the first without their mother.

“My mom Bridget was diagnosed with Huntington’s disease about 10 years ago and she passed away in November,” Michael, Jr., said. “And she was always kind of the biggest one out of the whole group (to participate). And we ended up finding it — the first one that she wasn’t here for — was pretty significant.”

Bridget Kirschbaum was 55 when she passed. Her boys found the medallion in Hixon Forest.

Michael, Jr., said he went out first but wasn’t able to continue due to the wet and muddy weather.

“I decided to call dad to see if he’d go look,” he said. “Luckily didn’t have to go to work until later. He put on his boots he didn’t mind getting all dirty. He was able to search a little longer and ended up finding it in a tree on the other side of the path.”

The pair found the medallion on the third day.

The winners will get $500 and other prizes.