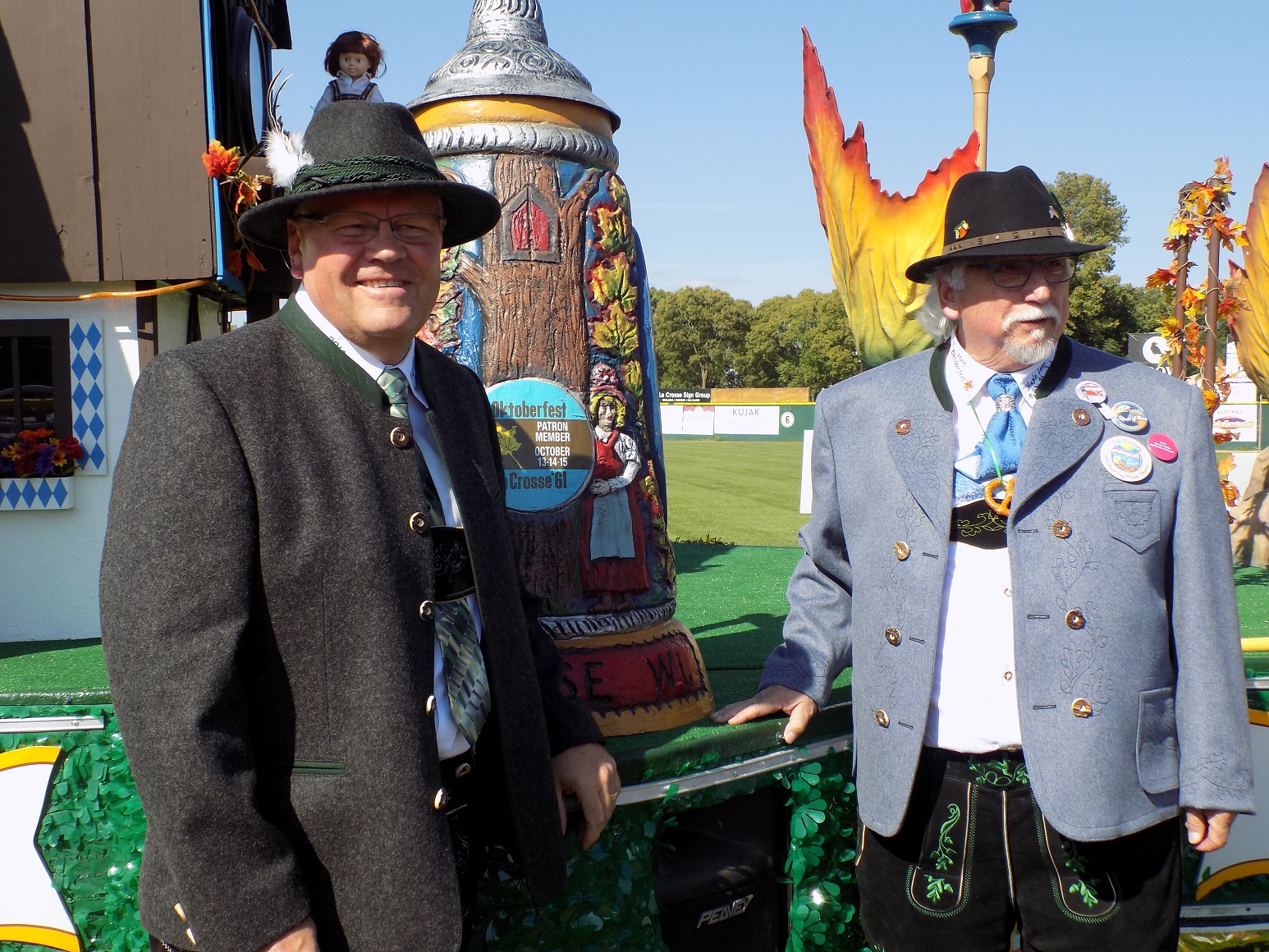 The two guys who will lead this year’s Oktoberfest parades have been announced.

Chuck Thoftne will be the 2018 Torchlight Parade Marshal on Sept. 27, while Neil Duresky will be grand marshal of the Maple Leaf Parade two days later.

Thoftne is a supervisor with Kwik Trip, and has worked with other grocery companies, as well. Duresky is known both for serving in public office, as a La Crosse School Board president, and as a member of local bands.

Duresky served on the school board for 17 years but he says becoming Maple Leaf Parade Marshal tops that. He recalled playing in the Logan High School marching band and said his family has been involved in many of the fest parades.

“My kids have marched in 19 parades as Central band members and four parades as a Screaming Eagle band member,” Duresky said. “So, I’ve seen a lot of Maple Leaf parades and enjoyed all of them.”

Thoftne is a lifelong north-sider with that part of La Crosse playing a big part in his life.

I look at this park right here, I can remember playing little league baseball for park and rec, and I spent a lot of time on the Black River, water skiing,” Thoftne said.