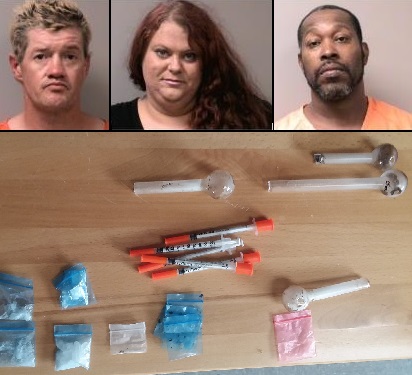 An undercover sting led to the arrest of three trying to sell meth on French Island.

The two men and one woman were arrested Sunday, after a Campbell police officer arranged a drug delivery online.

Emily Prentice, John Rodgers and Christopher Polus were all found to be carrying meth after arriving in a car at the Days Inn to make the drug deal.

All three are being held in the La Crosse County jail.

Rodgers, 43, of La Crosse, resisted arrest and reportedly tried to hide a small bag of drugs in his mouth.

Polus, 41, of La Crosse, is wanted on felony charges in Vernon County.

Prentice, 37, from Sparta, Wis., told police they bought the meth from someone else but would not say who the dealer was.

Campbell police made the arrangement, after getting information that Prentice was selling meth in the area.