Family farm swept away when dam breaks in flood 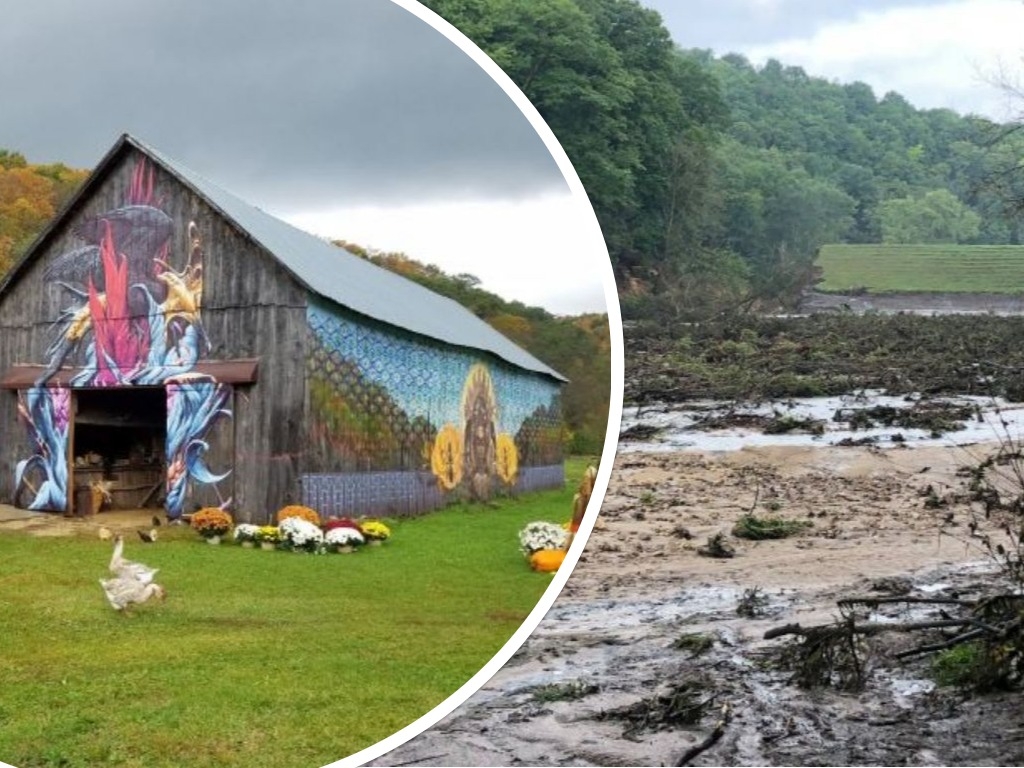 Among the things one local farming family won’t be doing this year is harvesting pumpkins.

What was to be the 12th year for harvest time at Tucker and Becky’s Pumpkin Patch just west of Cashton won’t be happening.

Heavy rains this week ended all of that. After a nearby dam broke, the Pumpkin Patch was basically washed away Becky Gretebeck said.

“It’s hard to describe but there were buildings, equipment, tractors, wagons, literally wiped clean,” Gretebeck said. “It’s like they had never been there.”

The multi-generational farm had buildings more than a century old.

Several of her neighbors also took a hit when the dam burst in a nearby creek.

“For some of us this will be quite a financial hit for the season,” Gretebeck said. “We’re still processing. It’s still kind of numb but then we’ll be thinking about what’s next.”

Gretebeck said her grandmother was moved to tears by the scar left after the water from the broken dam rushed through. One of the buildings swept away was 115 years old.