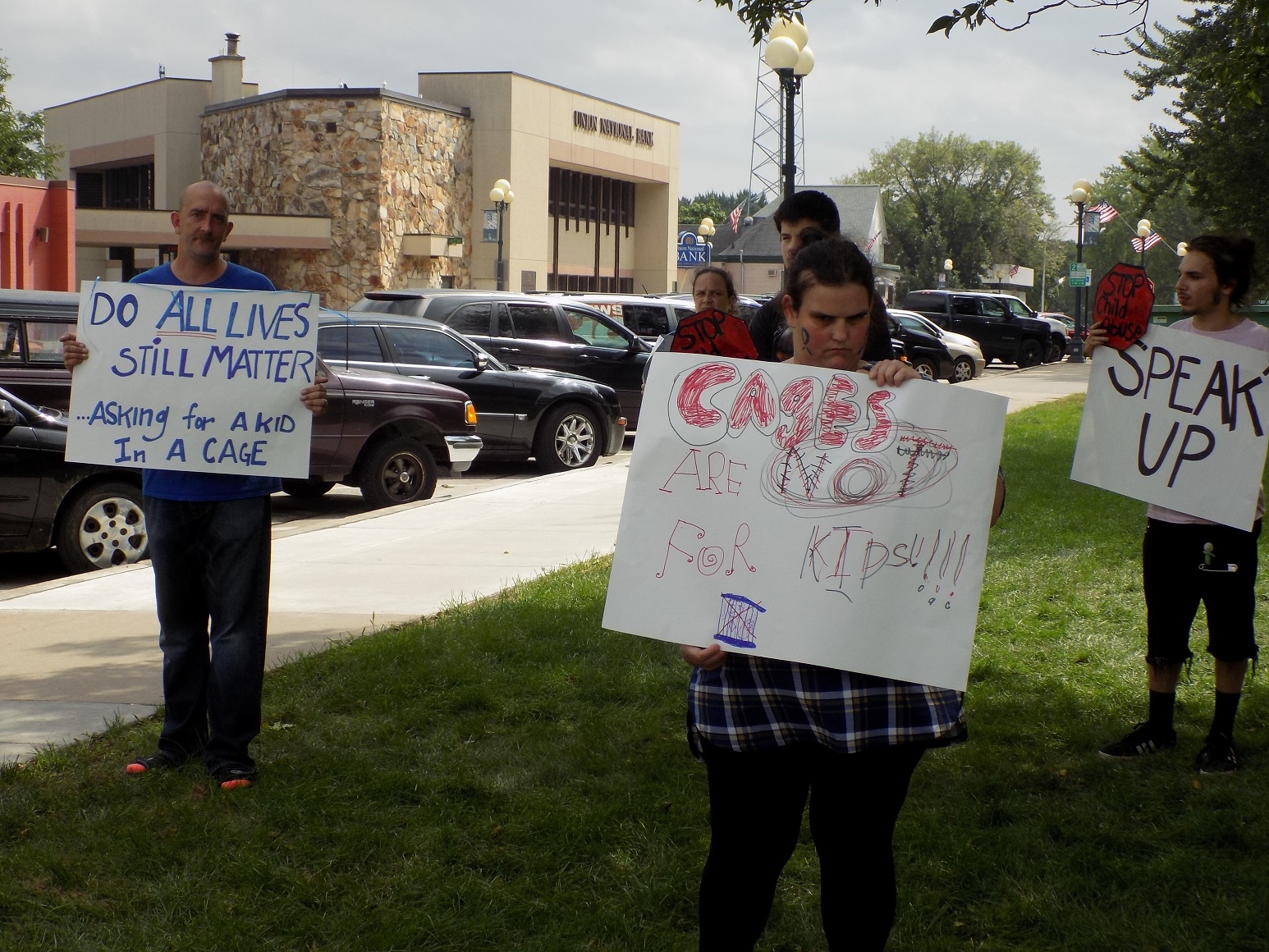 SPARTA, Wis. — Many citizens in Monroe County are angry over child neglect accusations they’ve heard about a couple from Melvina, and they think the court system isn’t being tough enough on them.

Monday, Monroe County authorities charged 46-year-old Travis Lanier Headrick (below with attorney) and 39-year-old Amy Michelle Headrick each with nine felony counts — accused of forcing their children to stay in homemade cages that are tied shut for several hours a day.

Amy Headrick described one such cage as a “glorified crib,” and the kids were kept separated for most of the day to avoid causing themselves physical harm.

Court records allege five children were in the house — aged 10-15 with four adopted and one biological — and that one child was found in a horse trough with zip ties and another was in a locked cage.

Tina Martinez was among about 20 who demonstrated against child abuse outside the Sparta courthouse Monday. She was one of several who objected to the $20,000 cash bond imposed by Judge Mark Goodman.

“I’m sorry that justice system just failed them,” Martinez said. “Twenty thousand from a wealthy family? That’s nothing to come up with. Nothing at all. Who’s speaking for these children?”

The prosecution requested a $50,000 bond for both suspects.

The Headricks made video appearances in court from the Monroe County jail Monday, on charges of mistreating five children and letting them live in filthy conditions.

Nikki Baxter was among a group of picketers, holding signs condemning child abuse.

The Headricks will be back in court on Sept. 6. 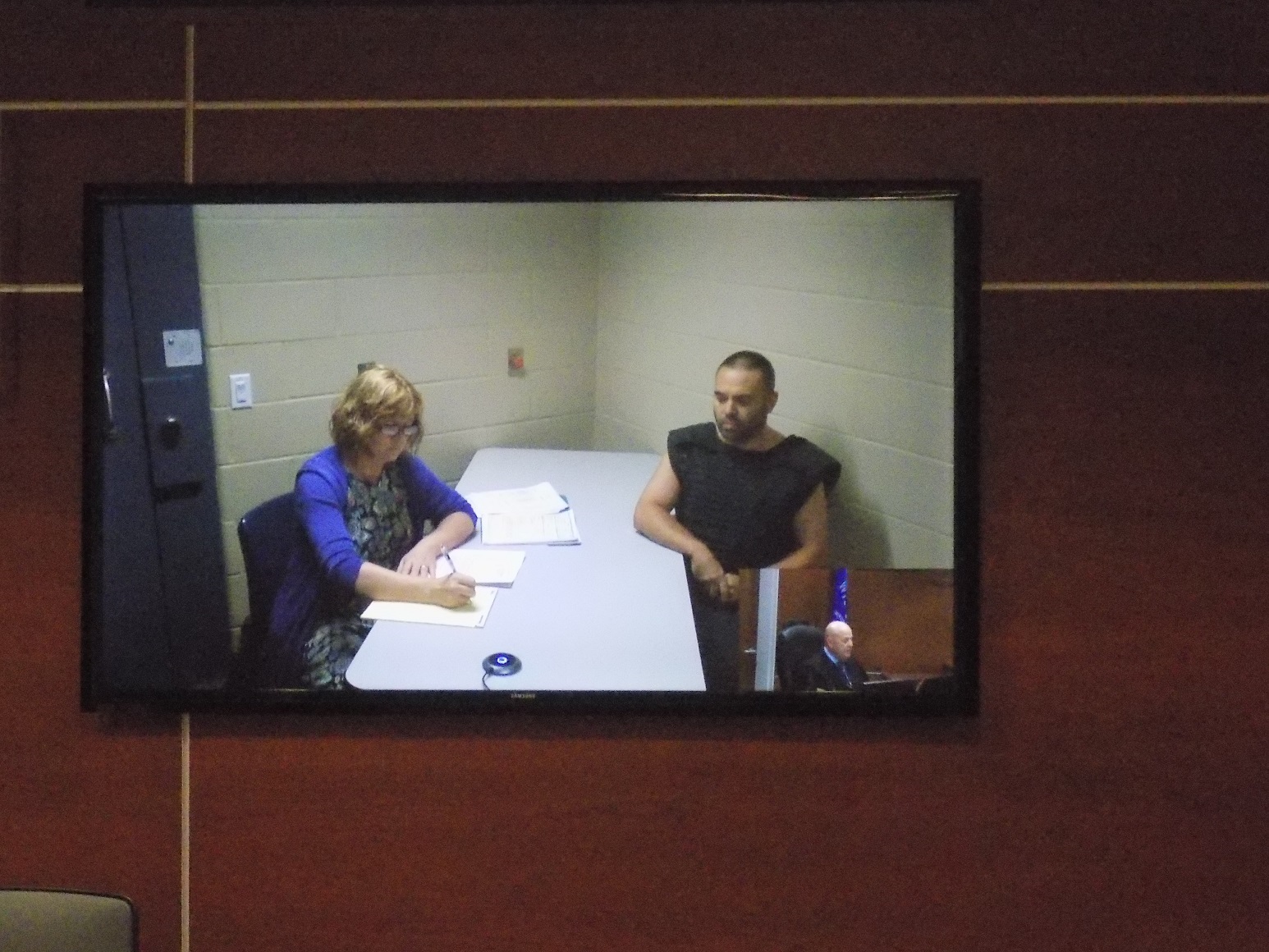