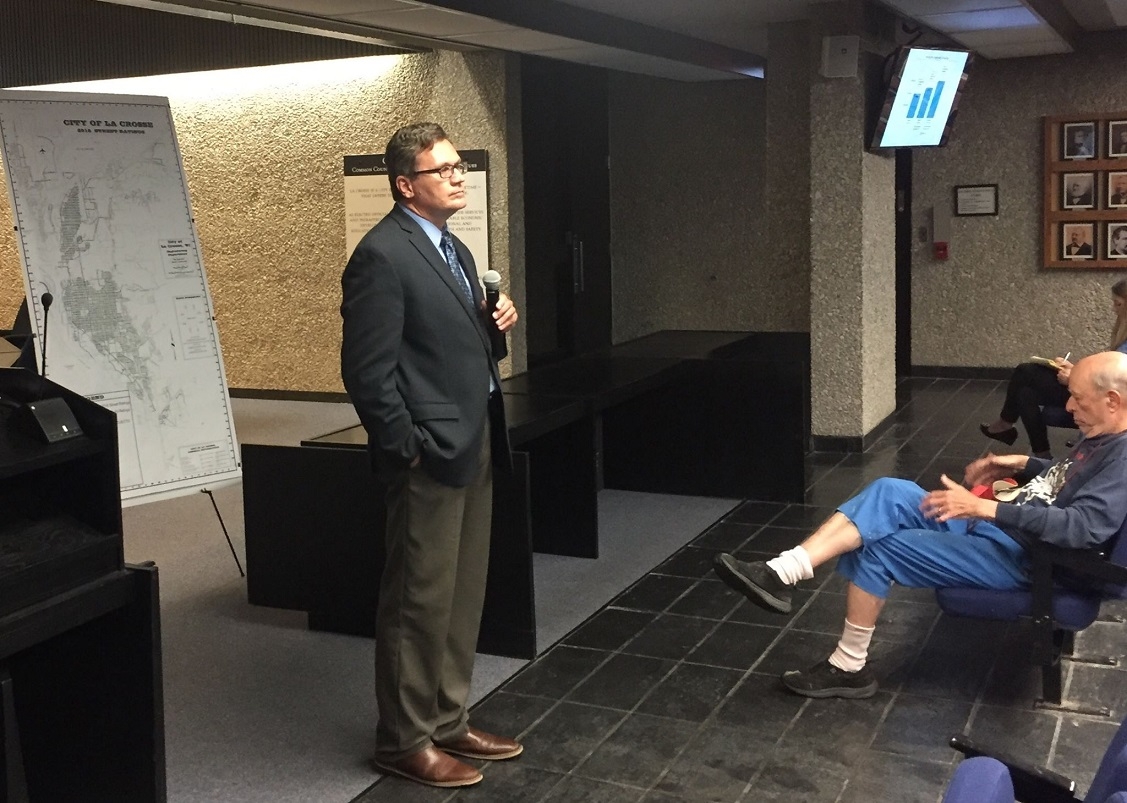 During the meeting, Mayor Tim Kabat described how the $25 per vehicle tax would help the city stay on an aggressive approach of road repairs.

Only about a dozen total, who were not city staff or city council members, attended. But, one of those was Nathan Franklin, who represented Dairyland Power Cooperative.

Franklin read a statement in support of the wheel tax. He explained why the company supports the proposal after the meeting.

“We think it’s a thoughtful approach to addressing an issue that no other level of government is willing to address at this point,” he said.

Franklin calls the $25 per vehicle wheel tax ‘modest’ and ‘a good initiative to fix a problem nobody else was addressing.’

“They have a long backlog of work that needs to be done,” Franklin added. “Even if support were to come in from the state or federal level, it still needs to address city streets.

“This initiative will fix the roads in front of people’s homes and in front of businesses like Dairyland.”

Another public info meeting on the tax is scheduled at 5 p.m. Thursday.