New festmaster and frau ready to roll for Oktoberfest 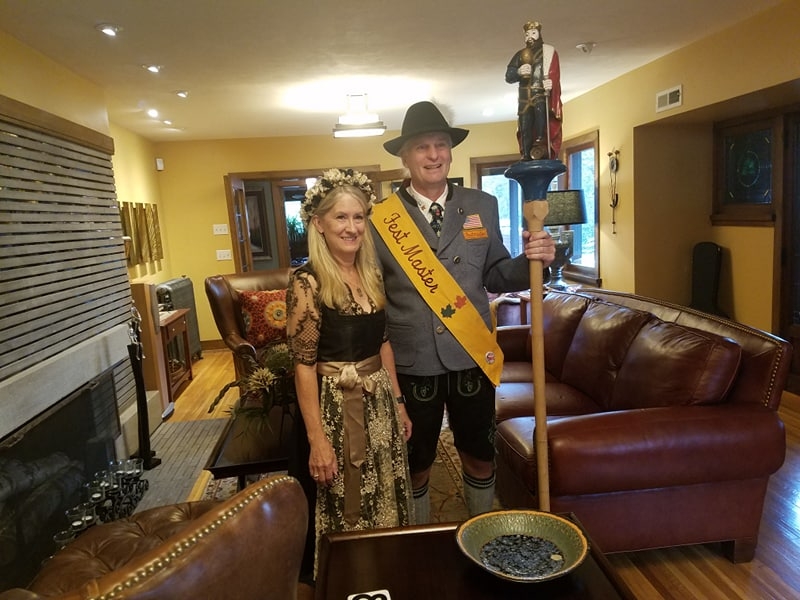 Oktoberfest’s new royal couple say they were both surprised by their new roles.

Keil and wife, Frau Karen will reign over the 58th annual Oktoberfest.

The new Festmaster and Frau have had plenty to learn about their new roles since not being heavily involved in Oktoberfest in the past.

Mike says, “They have a wonderful system of getting the new Festmaster and Frau set up and ready to go. Great mentoring. It’s helped us to become up to date.”

The Keils say they owe much of their adjustment to their royal roles to outgoing Festmaster and Frau, Joe and Barbara Kruse.

Mike says he’s looking forward to the events around town that might not get as much attention.

“The parades obviously, but we’re excited to see some of the other events throughout the year that the Festmaster and Frau are a part of. We’ll get to go to Winnipeg and the Twin Cities for Oktoberfest events representing La Crosse. It should be an exciting year for us.”

This is the second year Oktoberfest has named its top royals weeks in advance of the celebration.