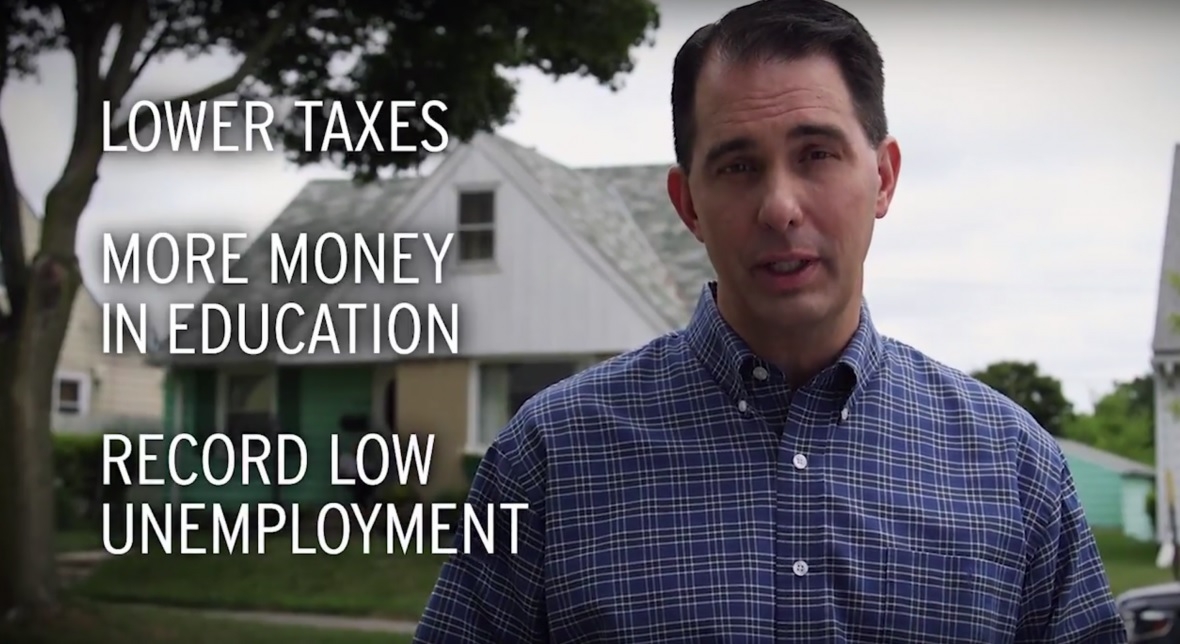 Walker unveiled outlines of proposals and a new ad Wednesday though he did not immediately release details of what any of the tax credits would cost.

Walker is calling for a new $5,000 credit over five years for college graduates, who live and work in Wisconsin, as a way to reduce college loan debt. He’s already called for extending a University of Wisconsin tuition freeze for four more years.

Walker is also proposing a tax credit program to help senior citizens afford to live in their homes.

Evers downplayed the host of tax break proposals Walker unveiled. The state school superintendent said Walker has “had all sorts of promises he hasn’t kept for the last eight years. He spent most of his time breaking those promises.”

Meanwhile, both parties are throwing money into political ads.

A group backed by the Democratic Governors Association is launching a $1.8 million television ad to boost Evers in his run against Walker.

That came as the Wisconsin Republican Party launches a $500,000 attack ad against Evers.