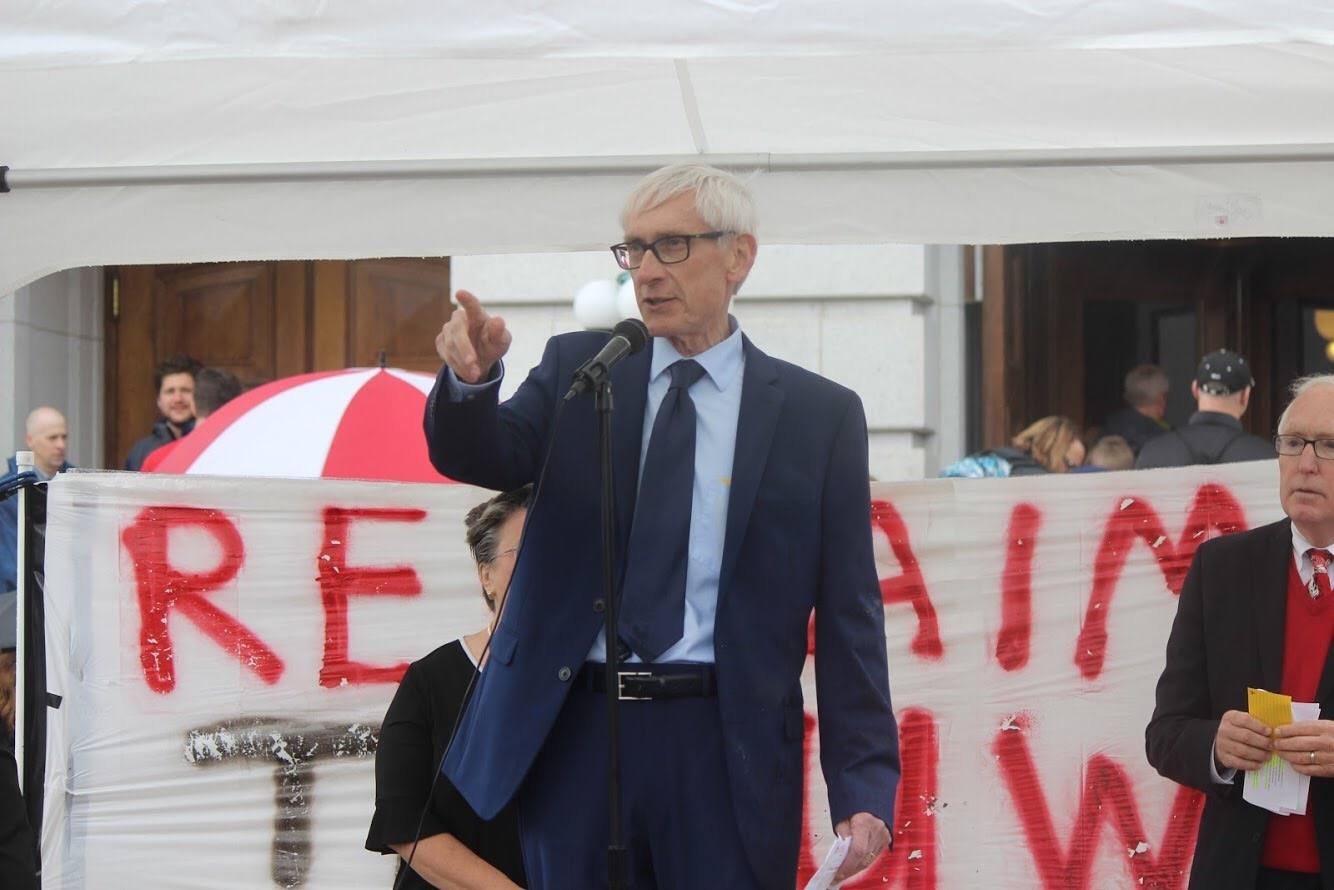 MADISON, Wis. (AP) — Wisconsin state schools chief Tony Evers, a cancer survivor known for his even-keeled demeanor, won the Democratic primary for governor on Tuesday and will face Republican Gov. Scott Walker in November as he seeks a third term.

Evers emerged from a field of eight Democratic candidates to win the primary, which comes as Walker has warned supporters that a blue wave could be coming if they aren’t vigilant.

Evers had a nearly 2-1 lead over his nearest competitor based on early results.

Walker prepared to launch a statewide tour Wednesday where he will begin to unveil his agenda for a third term. He posted a series of tweets shortly after polls closed, touting the cutting of $8 billion in taxes and taking on “big government unions” and promising more to come.

Evers was the only one of eight Democratic candidates to have won statewide before. He’s in his third term as state superintendent, first elected in 2009, and focused his campaign squarely on Walker. He argued the governor has failed public schools while diverting funding to expand private voucher schools.

Evers said in an interview after his win that to beat Walker he will attack him on his record and talk about issues important to Wisconsin voters including education, national resources, jobs and health care.

“All the things, frankly, Scott Walker has failed at,” Evers said.

Evers, who was criticized by some Democrats for not being inspiring enough, downplayed concerns he couldn’t defeat Walker.

“I am who I am, that’s what I say,” Evers said. “I will take the fight to Scott Walker but I will also be equally passionate about the issues. I never believe that shouting is necessary or that talking loud is connected to leadership.”

Republicans have portrayed Evers, 66, as a bureaucrat who wasn’t aggressive enough in revoking licenses from teachers accused of wrongdoing in the classroom. The Wisconsin Republican Party unveiled a new $500,000 television attack ad minutes after Evers won that accused Evers of failing to keep kids safe.

Evers has worked with Walker on some education issues in the past, even praising his most recent state budget as “kid friendly.” But Evers also signed the petition to recall Walker in 2012 in the fight over collective bargaining rights for teachers and other public workers.

Charlie and Ann Campbell, a married couple in Madison, both voted for Evers. They were among several Evers supporters who said they saw him as the most electable Democrat.

“We love him because he’s strong on education, personable and knowledgeable,” said Charlie Campbell, 80, a retired nurse anesthetist.

Robert Michalski, 64, a Democrat who lives in St. Francis and is retired, said Evers has the best chance of beating Walker.

“I was trying to figure who’s got the strongest possibility of winning, was the one thing. And the other part was, he seems like the smartest,” Michalski said.

Walker has built up a big financial advantage for his re-election bid, and run more than a dozen television ads touting his record of the past eight years. The Democratic Governors Association, fearful that whoever wins the primary will emerge broke, has been working to shore up money and other support that the nominee can access immediately.