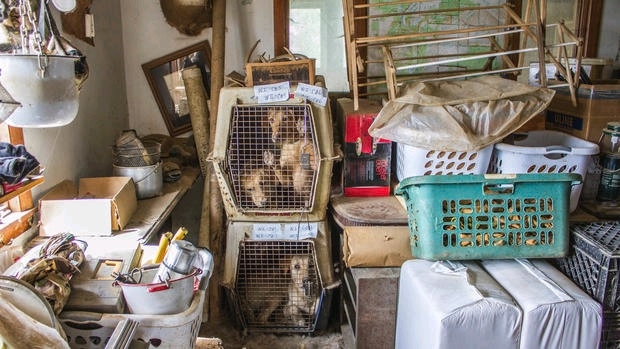 Two years since an Onalaska home was busted for animal neglect, an abused horse and pony have finally found new homes.

“The one that was in the worst condition, as far as hoof care — that the hooves were all curled up, and turned over and long — it took up until last month, almost two years with rehab,” Kathy Kasakaitas at the Coulee Region Humane Society said. “That horse, pony just got adopted last month.”

Unfortunately, two other horses had to be euthanized. Dogs and horses were seized from the West property in Onalaska. Kasakaitas says all of the dogs eventually got new homes.

What has happened since Linda West and her daughter Carol West were arrested, are more calls about abused animals.

“SInce then, we actually have had more welfare checks out in the countryside,” Kasakaitas said. “Welfare checks on horses, on cattle — things like that — sheep, pigs.”

The Wests each faced more than two dozen charges related to animal abuse — mostly involving dogs and horses. Carol West entered a plea this month, and was given a $900 fine. Her mother was placed on probation for a year.

Kasakaitas said, in similar cases, people charged with mistreatment of animals often have to wait at least five years before being allowed to keep animals again.

Coulee Region has been fielding more and more calls since the case has made headlines. Kasakaitas, an animal control supervisor, said most people who are found to be neglecting animals can’t offer a reason for doing so.

“They don’t have an explanation,” she said. “ Most times they don’t even realize it. They honestly don’t notice it or don’t even understand that there is a problem.”

Kasakaitas added that studies have shown most animal hoarders, who have animals taken away, eventually repeat the abusive behavior and don’t seem to notice it happening.

“During a brief conversation with Linda, I talked about the deplorable conditions in the home and she responded, ‘It isn’t that bad,'” Amundsen said back in January.

The investigation came after 20 years of complaints related to the mother and daughter’s place. A neighbor provoked it, complaining about a horse belonging to Linda West tearing up his lawn.