County jail offers tour to local elected officials, who are getting ready to decide on facility's 2019 budget 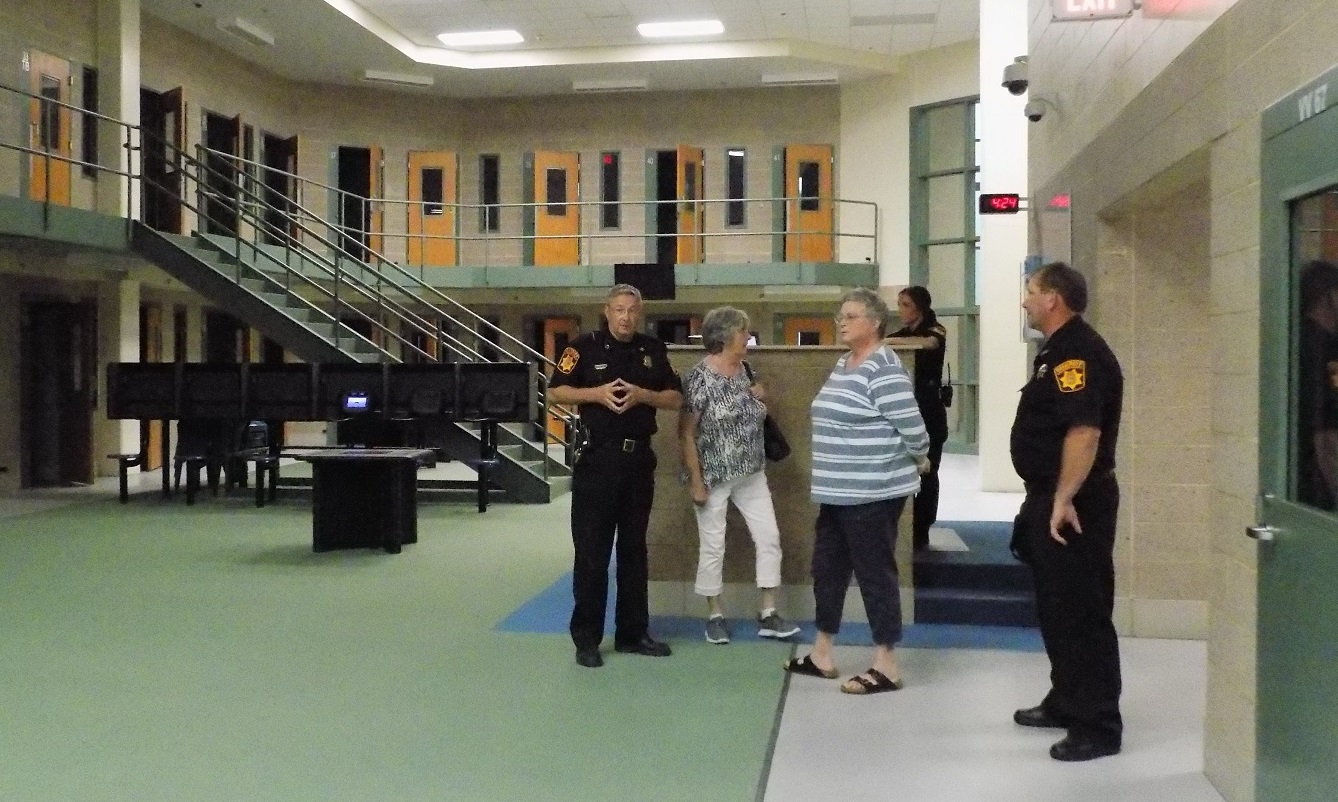 Before they can make decisions on spending priorities or county policy, members of the La Crosse County Board gather information on the county’s needs.

The committee is getting ready to make decisions on the jail’s budget for 2019, including recommendations for a jail medical provider.

Wolf said one area that he hopes will get attention in the next county budget is scanning incoming prisoners for drugs.

“We do our best to prevent it, so we are proposing in our budget that we be able to purchase some scanning equipment that would better protect the inmates and our staff by keeping drugs out of the jail,” he said.

Anderson referred to the jail as the “largest mental health facility” in La Crosse County.

The tour showed supervisors the cells, activity areas and other parts of the 21-year-old jail.

“It’s not uncommon … that we offer them the opportunity to take a tour of the jail,” Wolf said. “(To) see how our operations run, how our staff works, the services we provide and how we utilize jail space.”

Wolf pointed out that all the available jail cells were filled early Tuesday, until some inmates were released for their first court appearances.

Anderson spoke of ways that the jail monitors the mental and physical health of the prisoners, pointing to chairs where an inmate can be strapped in.

“Last couple times we used them, we’ve had individuals that said ‘Well I’m going to chew on my wrist until I hit that vein and I’m going to bleed to death.’ So that’s what they did, they started taking bites out of their wrist,” Anderson said. “Well, the only way to stop that is to strap them in there.