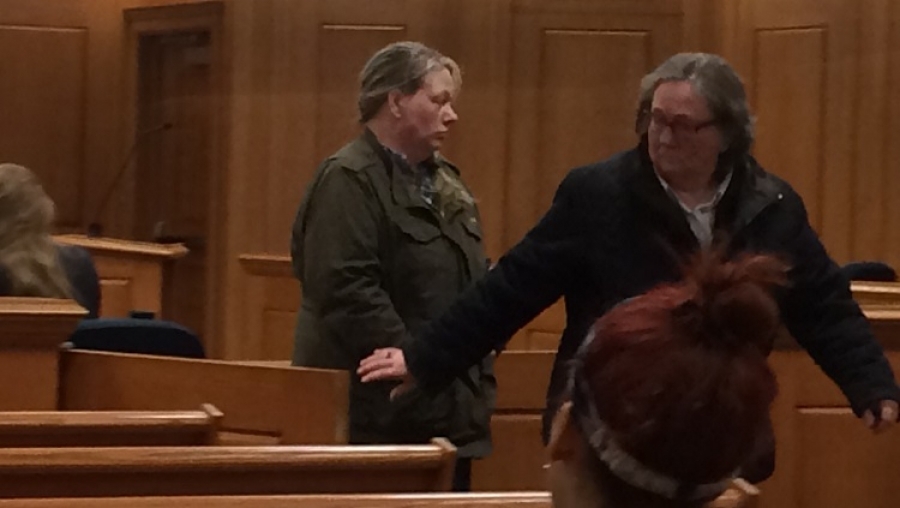 The criminal case of a mother and daughter from Onalaska accused of mistreating animals at their Onalaska home concluded in La Crosse County court Monday.

Carol West will pay a $900 fine and has been sentenced to time served in the county jail — four days total — after reaching a plea agreement, where she pled ‘no contest’ to two misdemeanor counts of bail jumping.

Her mother, Linda West, was given a year on probation last winter.

The two faced 29 criminal counts, mostly for mistreating dogs and horses at her rural home and for neglecting her then 8- and 11-year-old children. The more serious counts against Carol West were dismissed Monday.

The district attorney’s office says the settlement was reached because of mental health concerns for Carol West. Her attorney said she’s been ill and has had trouble finding work, partly because of local news coverage of the case.

Judge Ramona Gonzalez said the case is now concluded and she hopes West can find employment and improve her life soon.

The animals that were taken to the Coulee Region Humane Society cost $1,000 a day for care.

Police found 44 rats in a freezer — next to food — 32 more in cages at their home. They also seized 16 horses, eight dogs and a cat.

Inspectors say the horses’ hooves were so overgrown the animals were unable to walk.

Many of the animals were under fed, had little or no water and lived in filthy conditions, locked in cages or corrals.

When police finally inspected the home at N577 Hauser Rd., they had to wear gas masks as feces and urine was everywhere.

“The West property was the worst property I’ve ever been to in my entire life, as far as cleanliness,” La Crosse County sheriff’s deputy Rich Amundsen told the court back in January, 2017.

He investigated the house in October, finding piles of garbage everywhere with lanes in between to walk through.

The investigation came after 20 years of complaints related to the mother and daughter’s place. A neighbor provoked it, complaining about a horse belonging to Linda West tearing up his lawn.

“During a brief conversation with Linda, I talked about the deplorable conditions in the home and she responded, ‘It isn’t that bad,'” Amundsen said back in January.

Kathy KasaKaitas from the Coulee Region Humane Society said dogs had sore spots on their skin and fur.

“There was so much feces in the kennel that the dog was to the top of the wire cage, and it was constantly rubbing on the dog,” she told the court in January.