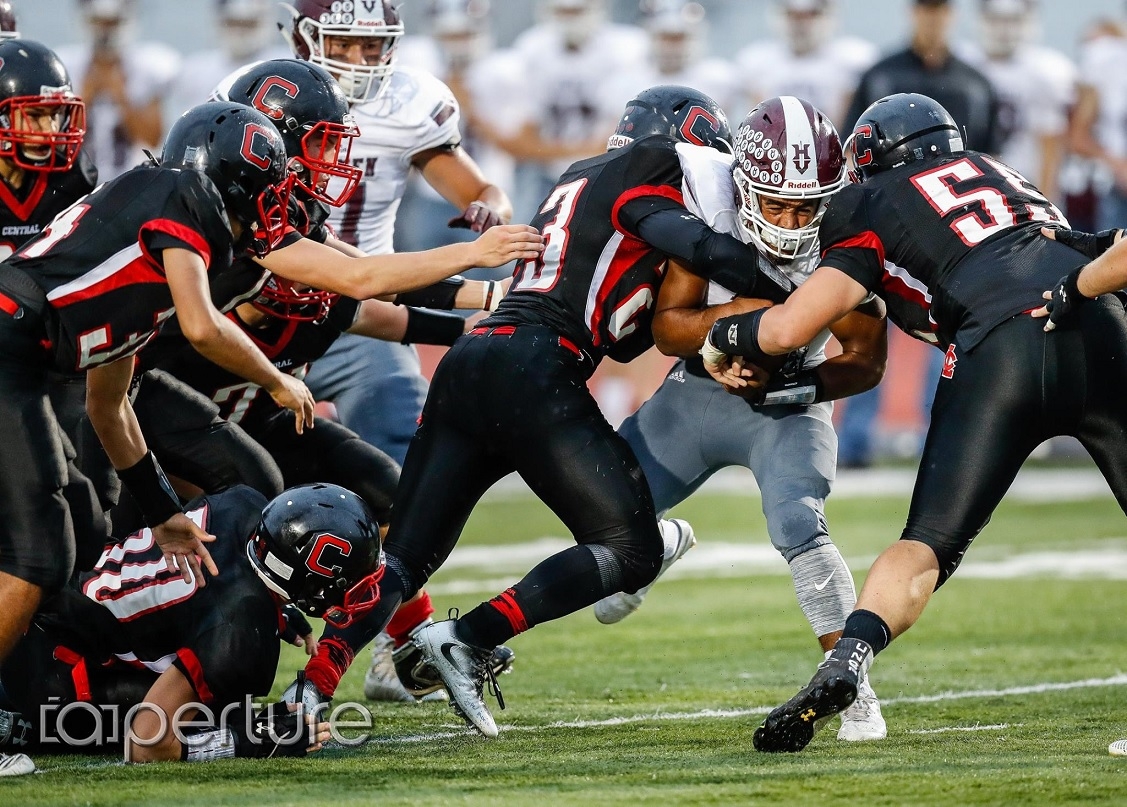 Central High School’s football team seems to have wind at its sails as it start the 2018 season Thursday.

Part of that positivity comes from a playoff berth last year, and the progress of quarterback Johnny Davis.

Coach Tony Servais expects big things from his junior, who threw for 2,201 yards and 18 touchdowns last season, along with rushing for 179 yards and three scores.

“The kid is very talented at throwing the ball, he can also run the ball,” Servais said. “He has good vision. I like his competitiveness. I just think that he’s going to have a big year this year for us.”

Davis’ brother, Jordan, could be primed for a big comeback, as well. He was on the field for just seven plays last year before breaking his ankle. In those seven plays, he had three catches for 85 yards and a touchdown.

The Red Raiders were 5-5 last year but did make the playoffs. That was a big turnaround, as the team had just five wins total between 2014-2016.

Servais sees a team with confidence now and an eye on the conference title.

“They’ve had some success now last year,” he said. “And some of the games we lost, too, we look back and say, ‘If we would have done this better, that better,’ and I think the kids kind of see that, too.”

The Red Raiders will be led by their explosive offense which returns many of the skill players that averaged 26 points a game last year.