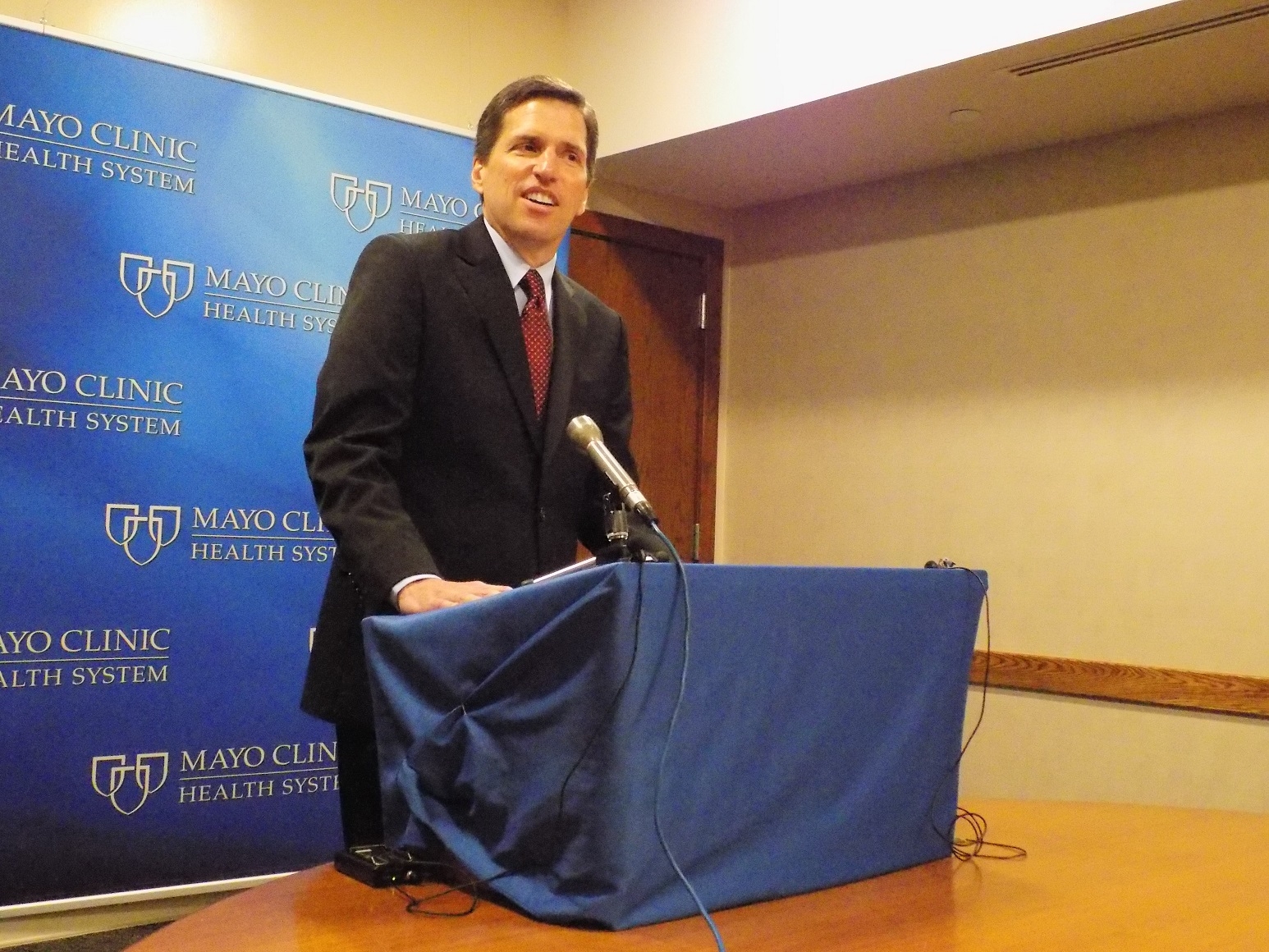 Mayo Clinic has tapped a Winona, Minn., native to lead its Southwest Wisconsin regional services out of La Crosse.

Mueller, who attended Winona Senior High School, has been with Mayo for 23 years, most recently as chair of internal medicine at the Rochester clinic.

“I was telling people coming in today, over the Nodine hill,” Mueller said, “when you come down into the valley, it’s hard for someone who grew up in the area not to feel a little bit of emotional connection to it. So I’m thrilled about it, having the roots I have here.”