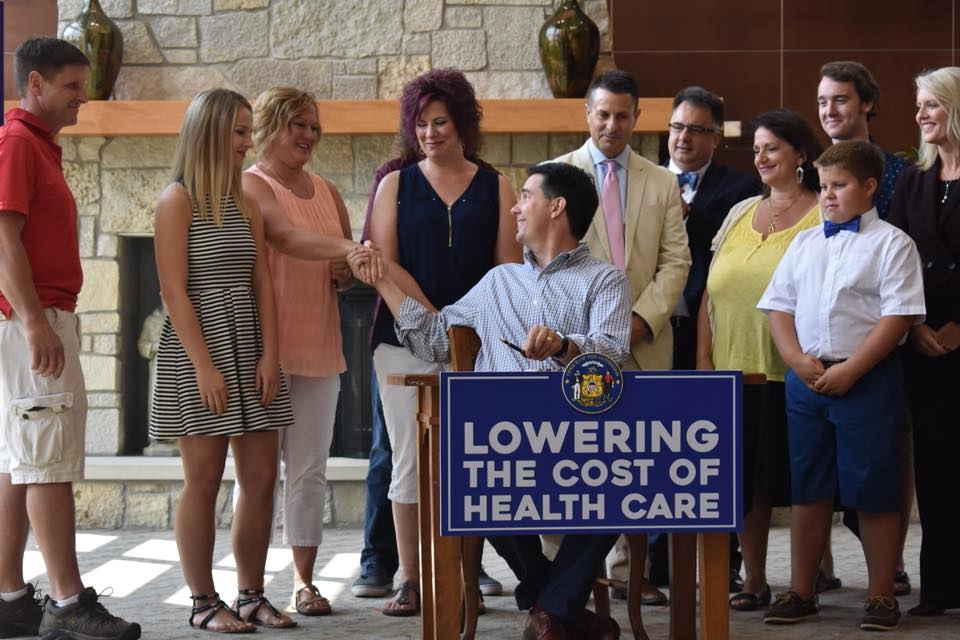 MADISON, Wis. (AP) — The federal government has granted Republican Gov. Scott Walker’s request to offer a reinsurance program designed to lower premium rates for most people in the individual market in 2019.

The federal waiver will allow Wisconsin to offer a $200 million reinsurance program that Walker claims will stabilize the market and attract more insurance providers to the private marketplace.

Walker has long criticized the national health care law known as the Affordable Care Act and has rejected federal money to expand Medicaid, as he now works within the confines of Obamacare.

Walker, who faces re-election in November, pushed the reinsurance proposal and the Legislature passed a bill authorizing the program with bipartisan support. Democrats have called it an election-year attempt by Walker to disguise how damaging his opposition to the Affordable Care Act has been.

“Rather than expanding BadgerCare and saving Wisconsin taxpayers over $1 billion, Gov. Walker has opted to put his political ambitions first and spend $200 million on a plan that covers fewer people,” said a statement from Senate Minority Leader Jennifer Shilling, D-La Crosse.

Walker said premiums will go down an average of 3.5 percent in 2019, after a 44 percent jump this year due to fewer providers and declining enrollment.

The premium increase “was just not sustainable,” Walker said. “A 3.5 decrease is a great start to go down as opposed to going up.

“Premiums will go down, it will be more stable and will get us to the point of more choices.”

Wisconsin Democratic Party spokesman TJ Helmstetter countered that insurance premiums actually are going up, not down as Walker says.

“Because of GOP sabotage of the health care law — sabotage which Scott Walker supported — people are paying more than they would have otherwise, period. So even if increases are mitigated with Walker’s reinsurance program, people are still paying more,” Helmstetter said in a news release Sunday.

Walker said many private insurers have been waiting for the approval and will now enter the marketplace.

Under the reinsurance program, the government would provide money to health insurance providers to pay about 50 percent of medical claims costing between $50,000 and $200,000 starting next year.

The state’s share under the 5-year program would be $34 million annually with the federal government picking up $166 million, the governor said.

There were 227,000 people enrolled in national health care plan through the private marketplace in Wisconsin in 2017, but that dropped to just over 202,000 this year.