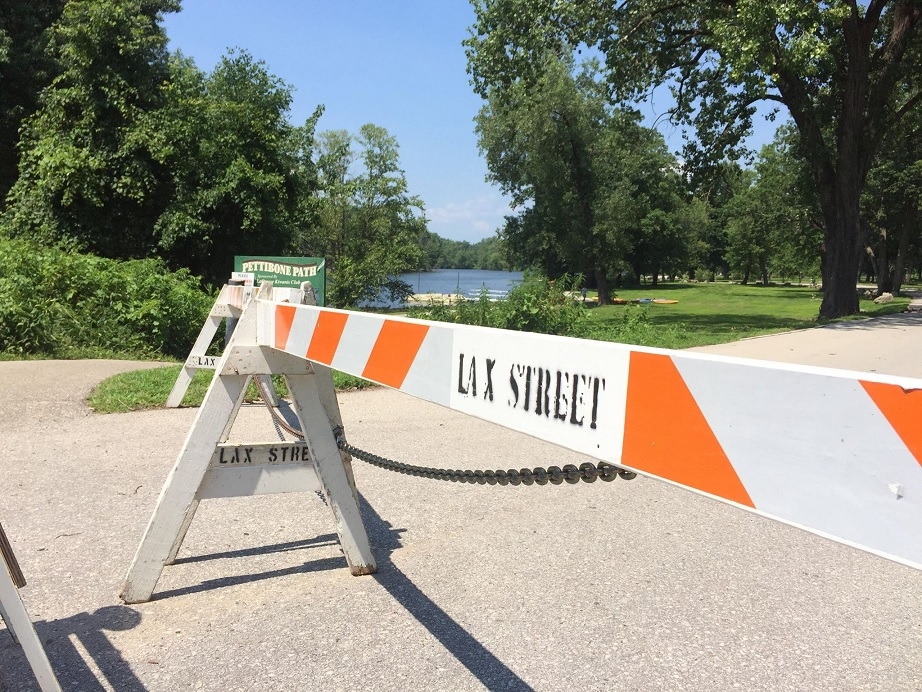 In the city’s parks department, Dan Trussoni’s been fielding questions about that mystery.

Although river waters have receded to the point where all the roads are passable in the park, says Trussoni, ongoing wetness has persisted, preventing road repair work for areas damaged by storms and flooding.

“It’s not that the river comes up over the park, it’s the water level underneath that raises,” he explained. “It makes it challenge to get in there. You can’t take vehicles on the grass to get any of the debris, because you’ll end up getting stuck”

With long stretches of high waters, Pettibone has spent nearly all of the summer, so far, closed to traffic.

“We’ve had some storm damage and trees come down, which created a few sinkholes near the road that need to be replaced before we can open the park back up,” Trussoni said. “We’re in there taking a few trees off the road already and had water bubbling up underneath the trees as we were removing them.”

Trussoni says the park could reopen to traffic today. Access has remained open to those using the city’s kayak and canoe rental.