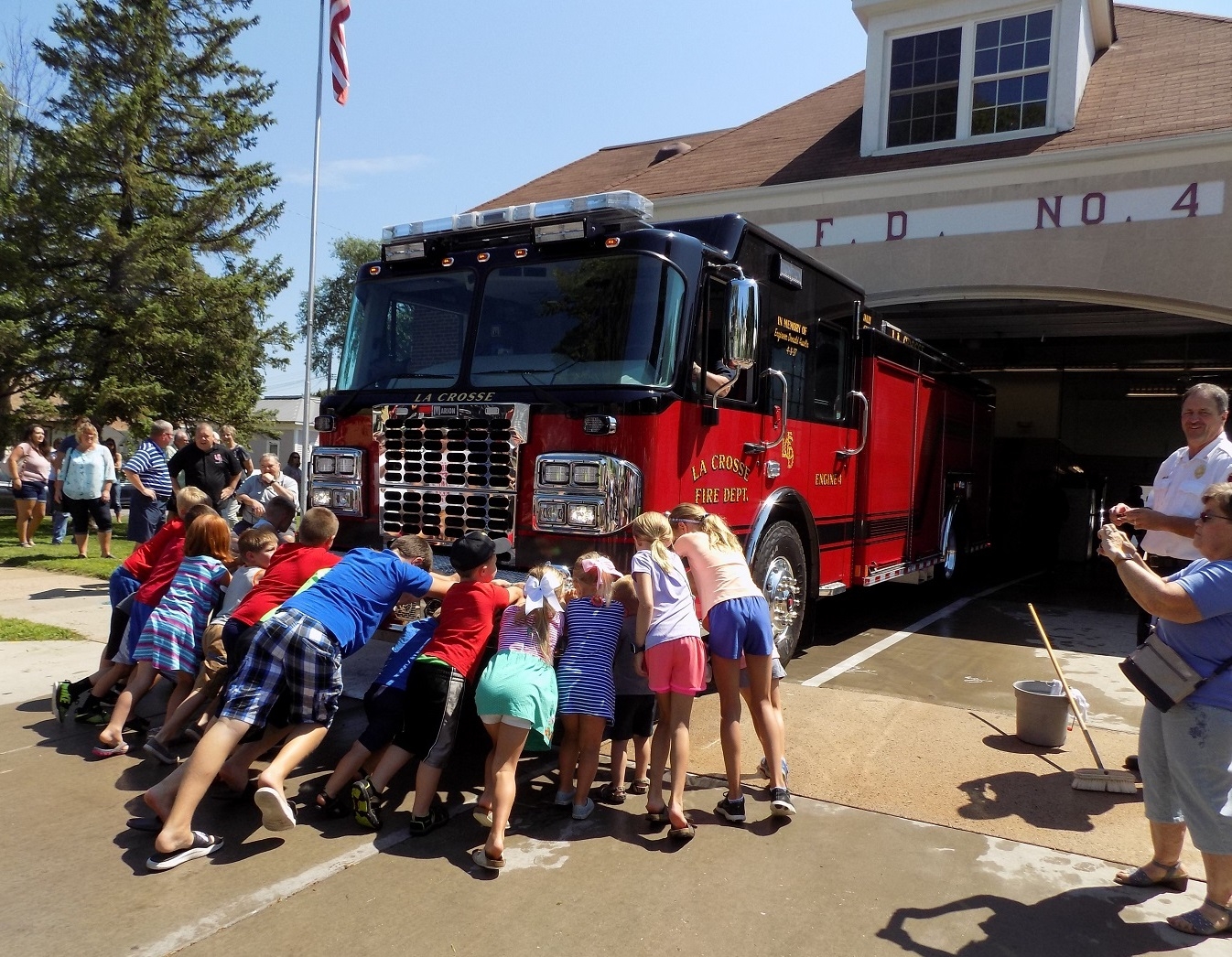 It takes a little horse-power to back a fire engine into a garage and, sometimes, a lot of kid power, too.

About a dozen children pushed on the front of La Crosse’s newest fire truck as it was backed into the Gillette Street station during a celebration this weekend.

That new truck was dedicated in memory of La Crosse fireman Don Asselin, who died in 1997 at age 46 after he developed a fatal cancer related to exposure to harmful substances as a firefighter. The truck bears Asselin’s name. He served the city fire department for 16 years.

His widow, Cindy Asselin talked to the audience Saturday at Station 4 about her husband.

“He liked Station 4 and thought htye would they would maybe build a station closer to the mall,” she said of the 80-some-year-old station, then joked. “He wanted to buy this, because he liked the garage. And I wanted the third floor for my sewing room.”

“We just reently competeled exhaust removal system instalation in all the fire stations,” Gilliam told the crowd. “So, now we’re getting that diesel exhaust, a class 1 carcinogen, out of the fire stations.”

The chief also expressed his hope that the city will be able to build at least one new fire station soon, to replace aging buildings like Station 4.

Also, some future firefighters may have been at the ceremony, as well. Joshua Laufenberg, 4, posed for pictures in his firefighter costume, carrying on a family tradition.

“My grandpa was a fireman,” he said.

The boy’s grandfather, Steve Laufenberg, is a retired 29-year veteran of the La Crosse Fire Department.