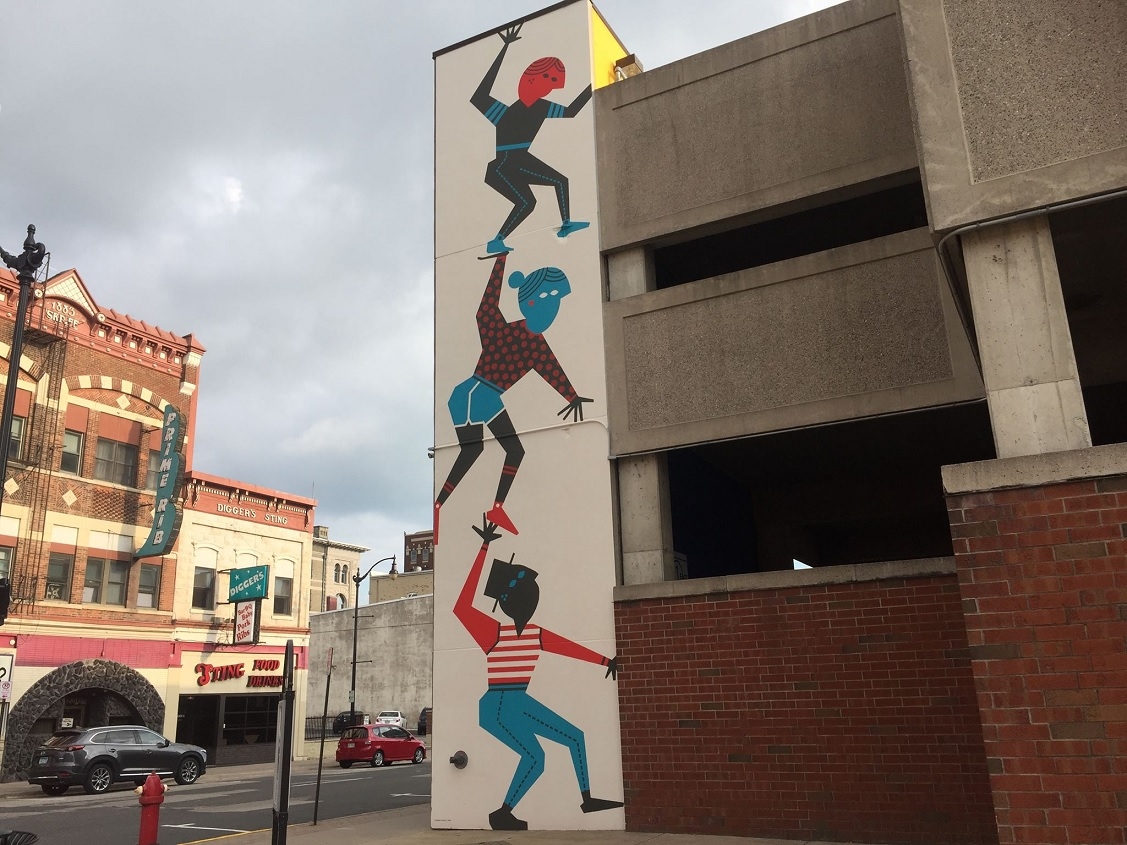 After about a week, reviews of a new mural in downtown La Crosse have been mixed.

The “Helping Hands” mural on the northside of the Main Street parking ramp has drawn both plenty of positive and negative comments.

You’ll get that, says city arts board chair, Doug Weidenbach.

“Whether people think it’s the best thing since Picasso or not, I think they generally think it’s a pretty good looking piece of art.’

Weidenbach says, before it was even started, the mural had generated interest for more murals in the city. He anticipates several more will go up in the future, which will of course spawn more reviews.

“People think that the proper evaluation of art is only whether they like it or don’t like it,” Weidenbach said. “I would contend, actually, that you can appreciate artworks even if you don’t like them.”