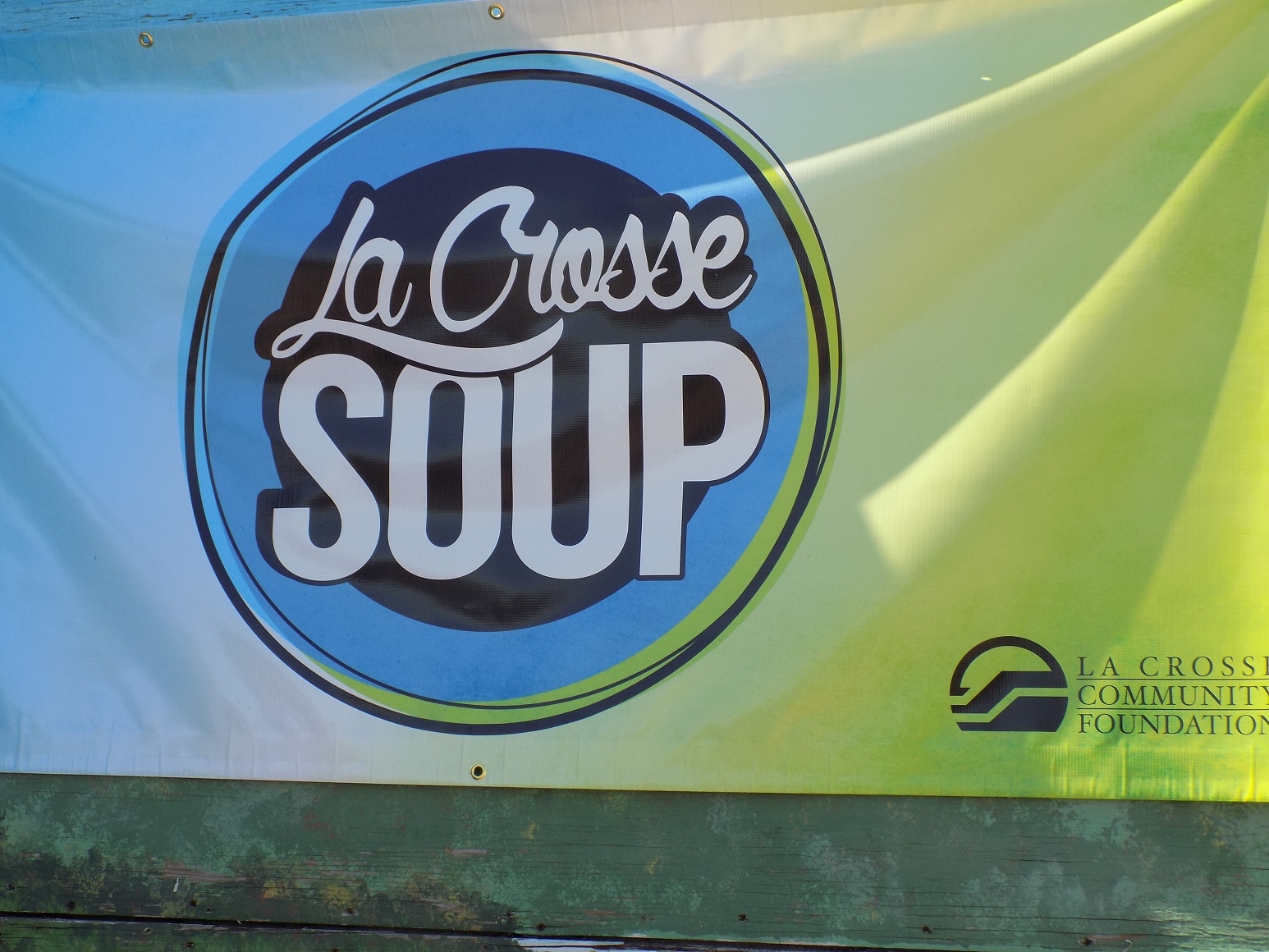 More SOUP for you, La Crosse.

Seinfeld fans may get the reference, as the start-up grant program known as La Crosse SOUP has received a $2,000 boost from the La Crosse Community Foundation.

Four times a year, a La Crosse SOUP event is held, where people pitch their business ideas or projects benefiting the community to a group of donors. At the end of the event, one project is chosen to get receive the donations.

But the SOUP campaign needed more ‘bread’ than the ‘dough’ it raises from those show up to hear about the projects.

La Crosse SOUP board president Josh Court was hesitant to get into business with the Foundation.

“As it turns out, the La Crosse Community Foundation didn’t want us to make any changes,” Court said. “They liked us just the way (we are). They saw value in what we were doing and only want to enhance it.”

Court talked about some the most recent winning campaigns, too.

“A service dog received special training to work in elementary schools,” he said at a press conference on the southside festgrounds Wednesday. “Our rivers have less waste and those coming out of the criminal justice system, have resources to turn their lives around.”

The grant from the Foundation will help La Crosse SOUP pay for costs that allow them to have the events, while still permitting money raised to be given to the winning entrepreneur.