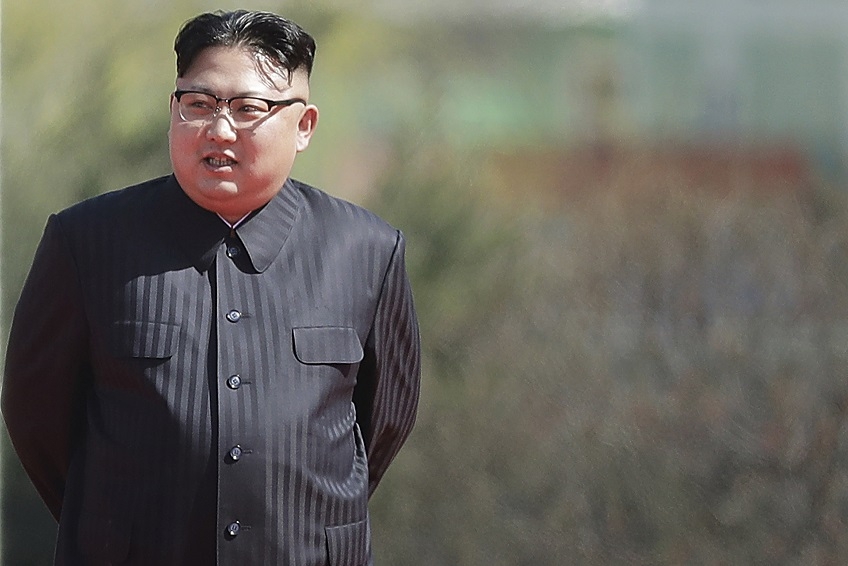 TOKYO (AP) — North Korea’s vitriolic criticism of the U.S. following a first round of nuclear negotiations went out of its way to spare one person: President Donald Trump.

In a statement issued just hours after the two-day talks finished on Saturday, North Korea accused the U.S. side of a “unilateral and gangster-like demand for denuclearization,” then added, “We still cherish our good faith in President Trump.”

On one level, the sheen of last month’s Singapore summit between Trump and North Korean leader Kim Jong Un, with broad smiles and handshakes, has yet to wear off. But on another, North Korea may be betting that Trump, the real estate developer-turned-president, will be more willing than his negotiators to ease off his administration’s hard-line positions to make a deal.

It fell to U.S. Secretary of State Mike Pompeo to get the talks going last week. The mood appeared cordial, even jovial, during his two days in Pyongyang. He and the head of the North Korean negotiating team, Kim Yong Chol, cracked jokes during a working dinner, State Department spokeswoman Heather Nauert said. On the airport tarmac Saturday before he left, Pompeo sounded positive, saying “we made progress on almost all of the central issues.”

So it came as some surprise when North Korea’s state news agency fired out a late-night missive blasting the talks, warning that “we may be shaken in our unshakeable will for denuclearization, rather than consolidating trust.”

The statement was widely seen as a negotiating tactic to put the U.S. on the back foot as talks get underway. It also underscores crucial gaps in how the U.S. and North Korea define denuclearization and see the path forward. Unless they can close those gaps, the whole effort may be doomed.

It said North Korea put forth several constructive proposals, including a declaration formally ending the 1950-53 Korean War, which it called “the first process of defusing tension.” The statement called for a series of simultaneous actions from both sides, including exchanges to improve relations, the dismantling of a North Korean missile-engine testing ground and talks to return the remains of American soldiers killed in the Korean War.

Pompeo acknowledged at a news conference in Tokyo on Sunday that a peace treaty, security assurances for North Korea and denuclearization should be pursued in parallel, but it’s the last item that has been the clear focus of U.S. efforts and its overriding goal: The elimination of North Korea’s nuclear weapons in a way that can be verified by outside experts.

North Korea hasn’t said publicly what security assurances it would need to get rid of its nuclear weapons, but in the past they have included the withdrawal of the 28,500 U.S. troops stationed in South Korea and an end to U.S.-South Korean military drills.

Trump suspended some upcoming joint drills in a goodwill gesture after his summit with Kim, causing some consternation among experts about the impact on both countries’ military readiness. North Korea, in its post-Pompeo talks statement, played down the importance of the move, describing it as a “highly reversible step which can be resumed anytime at any moment as all of its military force remains intact in its previously held positions.”

Suspending the drills cannot be compared, the statement said, with North Korea’s irreversible destruction of an underground nuclear testing site — though some U.S. analysts have questioned the importance of that move, which was more symbolic than anything else given the relative ease with which new tunnels could be dug and the progress North Korea has already made in developing explosive nuclear devices.

Perception gaps? Negotiating points? The larger question is whether North Korea really intends to surrender its nuclear weapons entirely. Some analysts think North Korea is trying to drag out talks in hopes that the U.S. will come around to accepting it as a nuclear weapons state, perhaps in a limited form that couldn’t threaten the U.S. mainland directly.

That’s where Trump comes in. Pompeo said in Tokyo that the U.S. and its allies remain committed to the goal of a fully verified, final denuclearization of North Korea. But for political considerations, including the fight for control of Congress in November elections, would Trump make a deal? If not, his high-stakes North Korea gambit could join a long list of failed nuclear deals with Pyongyang.