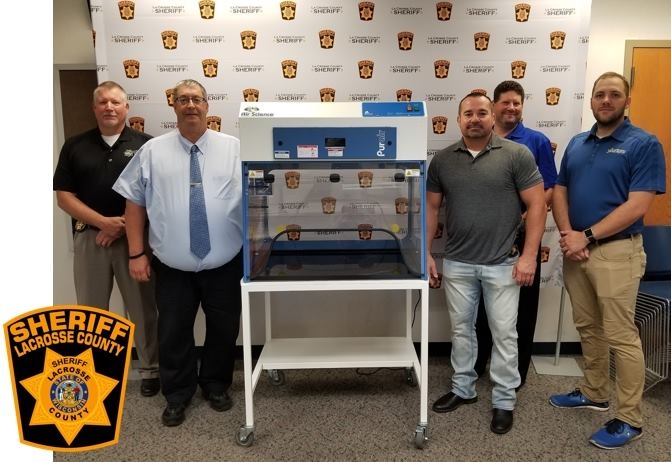 Police in western Wisconsin have some new lab equipment available to help them in cases involving drugs or unusual substances.

Two ‘Pur-Air’ hoods have been purchased by the Western Wisconsin Healthcare Coalition and donated to law enforcement in La Crosse and Trempealeau Counties.

Bob Ritger of the coalition says the hood, like ones used in many science labs, will offer a safer way to test unknown substances.

Ritger said police in other communities could have used such a machine to avoid contact with harmful drugs.

“Actually, in another part of the state,” Ritger said, “an officer was doing some testing of some drugs and actually resulted in an overdose of the officer and his partner had to support him with Narcan. It is a real thing and it is happening.”

The hoods will be available to police in a seven county area.