Residents complain about crime, other problems at park across from library 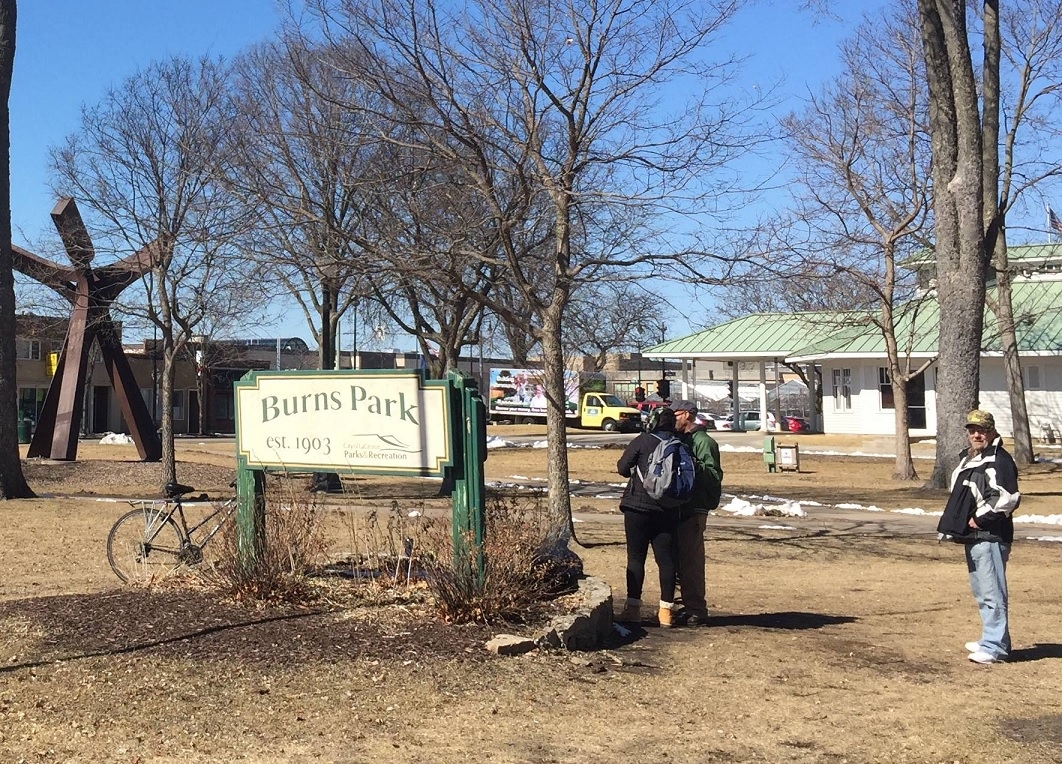 ‘Tent City’ may have been taken down along La Crosse’s riverfront, but there’s a new trouble spot near downtown.

Burns Park on Main Street, near the Salvation Army, reportedly has attracted some homeless people, along with people who are breaking the law and getting arrested.

“You’re not listening to us,” is what one person living near Burns Park told the city’s park board Thursday night, about activity there.

Sarah Petaska manages the Washburn apartments across the street, and she’s asking the city park board to do something.

“You need to come and spend some time in that park to see what’s going on,” she said. “The constant drunk and disorderly conduct, which also involves drugs, loud yelling, obscene language, physical fighting littering and public urination which has resulted in documented police calls — 48 in May.”

La Crosse’s parks and rec. director Steve Carlyon said playground equipment will be installed at Burns soon, and that will allow police to arrest anyone drinking or doing drugs nearby.

“The city ordinance that prohibits drinking within 1,000 feet of a playground structure comes in play,” Carlyon said. “In which case then the officers that are patrolling the park can actually take an effective action for somebody that’s acutely drunk, pandering or there’s drugs going around.”

Carlyon says it appears that homeless people who used to live in a tent city at Riverside Park have now migrated to Burns Park and other locations.