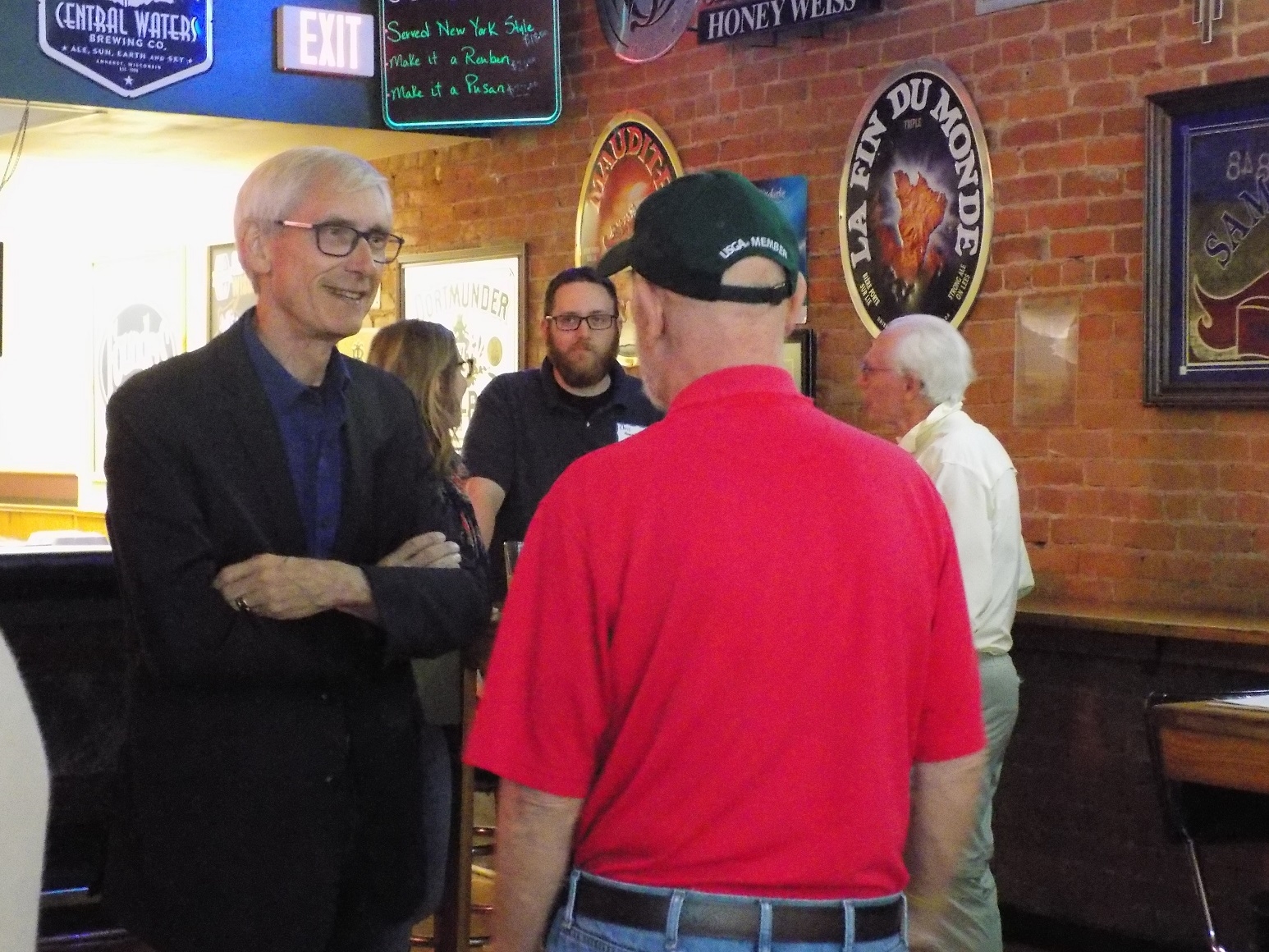 The 10 Democrats running for governor of Wisconsin have less than two months to distinguish themselves for primary voters.

State superintendent of schools Tony Evers, who campaigned at the Bodega in downtown La Crosse on Wednesday night, has a leg up at the moment. In a new Marquette University Law School poll, among voters who will vote in the Democratic primary, the No. 1 candidate was “don’t know,” while Evers was far and away No. 2.
Candidate-Percent

What the poll really showed, however — and Evers’ lead above reiterates this — is that the candidates right now aren’t very well known, including Evers to a degree.

Below is the percentage who say they haven’t heard enough or don’t know if they have a favorable or unfavorable opinion of each candidate.

Another in the Marquette poll, below, shows that Gov. Scott Walker would beat Evers by four percentage points if the election were held now. That poll also shows that McCabe stood the best chance against Walker in this category.

At Bodega, Evers talked of Scott Walker calling himself the ‘education governor.’ Walker has accused Evers of reversing his previous support of the Walker school budget just to get votes. It’s a charge Evers denied.

“There’s no flip flopping,” he said. “I’ve been fighting for resources for schools since the beginning. He’s the one that has figured out, too late in the game, frankly, that people in Wisconsin are tired of that.

“That’s why we’ve had so many referendums passed in this state.”

Evers says the notion of Walker as an education governor is “almost laughable.”

Walker has also been quick to remind voters of Act 10, which he says improved schools and minimized union control over education. Evers, however, says the act has caused harm and Walker offended teachers.

“You can’t spend your time dissing people and then expect them to embrace that profession,” Evers said.

Evers argued that teachers and other public employees ended up losing pay under changes resulting from Act 10.