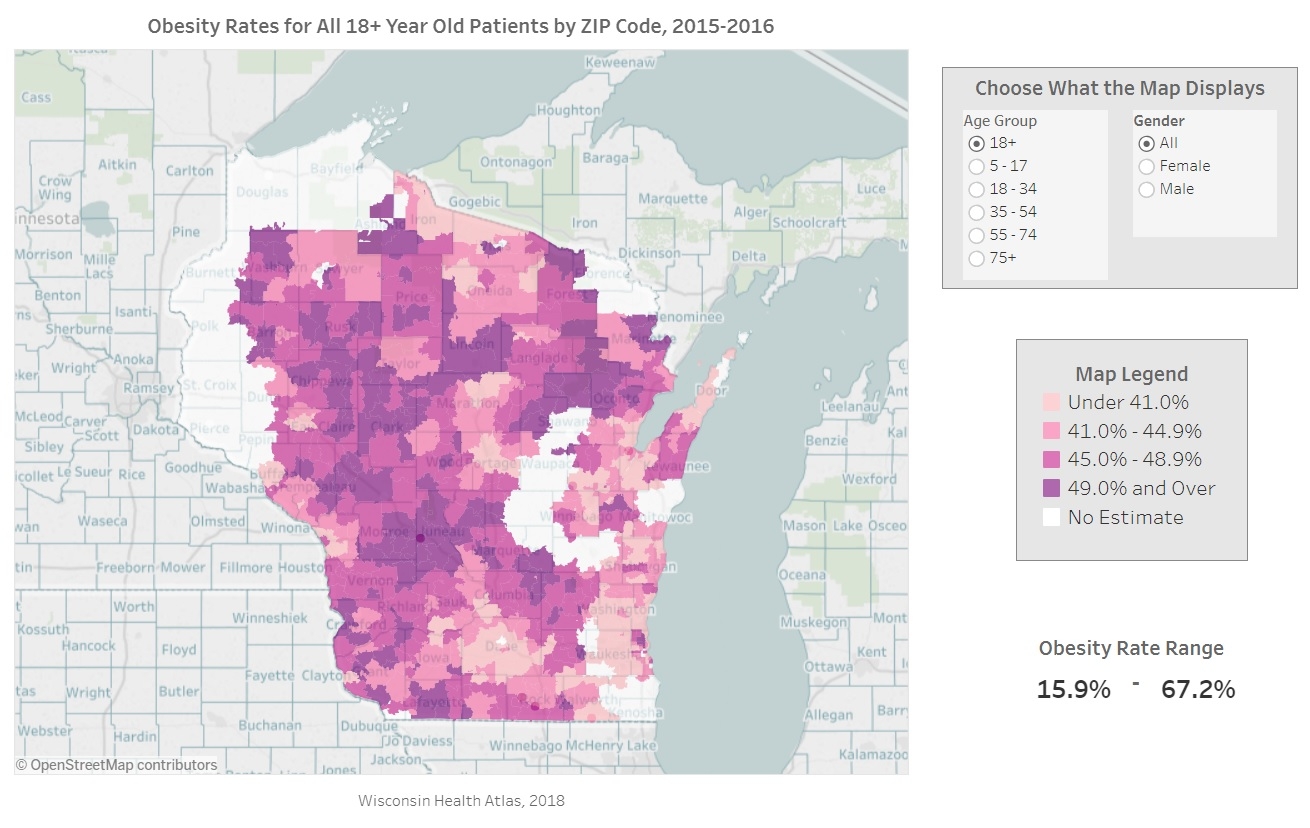 Where you live may have a significant effect on whether you’re fat or thin, according to a Wisconsin research project.

A University of Wisconsin study on obesity shows that in most areas of Wisconsin, at least 40 percent of the population is obese. The new map of Wisconsin (shown here) plots out the percentages of fat people in most parts of the state.

The obesity rate around La Crosse is low, but close to 50 percent within the city. Mayo Health System pediatrician Dr. Charlie Peters said many rural areas may have high obesity because of a shortage of health care options.

Peters has been looking at the map from the Wisconsin Obesity Prevention Initiative.

“For La Crosse, I think it’s highly variable depending upon the neighborhood or socioeconomic status of the child or family,” he said.

Peters says access to healthy foods and exercise facilities could help reduce obesity but those things are not readily available everywhere in the state.

The Obesity Prevention Initiative wants to encourage communities to develop programs that lead to a healthier lifestyle.

The lowest obesity rates in Wisconsin were found in the area around Madison West High School. The greatest level of obesity is found in eastern communities.