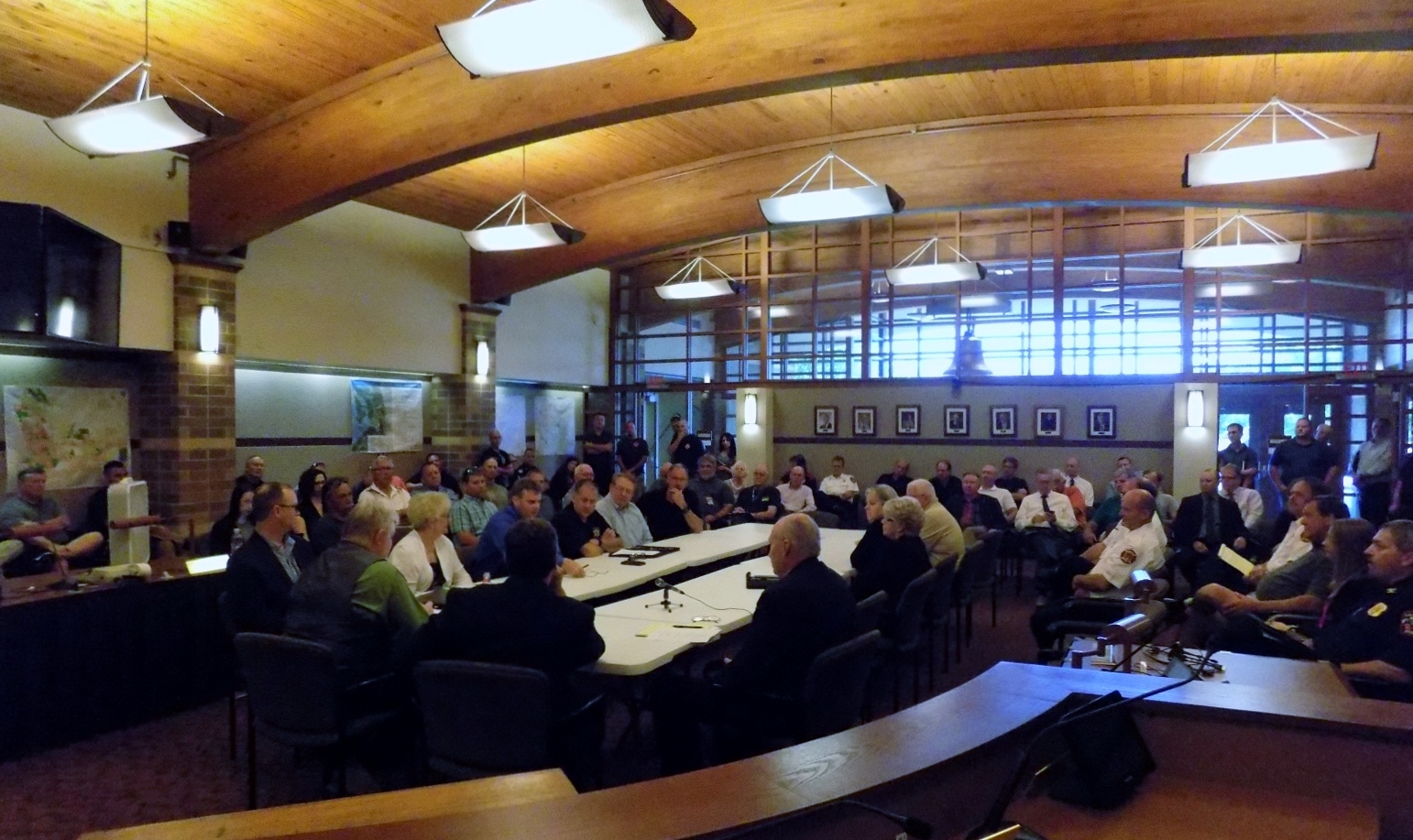 When somebody has to call the fire department, nobody cares what town’s name is on the truck.

La Crosse fire chief Ken Gilliam made that argument at a meeting Tuesday that brought together firefighters and elected leaders from throughout the area.

A lack of cooperation between departments has been blamed for slow responses to some recent fires.

“We’re not talking a fire every day, even,” he said. “This is really not that big of an impact on the communities that we can’t get the right amount of firefighters to the scene of a fire and get the house fire put out.”

Gilliam says it’s not good if a truck, on the way to a fire, is passing other fire stations, which could be responding more quickly.

In that regard, a recent house fire on French Island came up in the discussions. Several departments went to the scene but Gilliam thinks the fire could have been less severe if his tanker trucks had been called sooner.

“There were some delays in the response that were created just because of some disjointedness,” he said. “We could have done better.”

Hosting the meeting, Onalaska Mayor Joe Chilsen said the idea is not to force communities to give up any of the services they provide now.

“That doesn’t mean that we all throw in and that’s it, all fire departments are gone except one,” Chilsen said. “That’s not what we’re talking about. We’re talking about how we can work together.”

Chilsen also doesn’t want response teams from neighboring communities arguing over ‘what side of the road’ an emergency happened on.