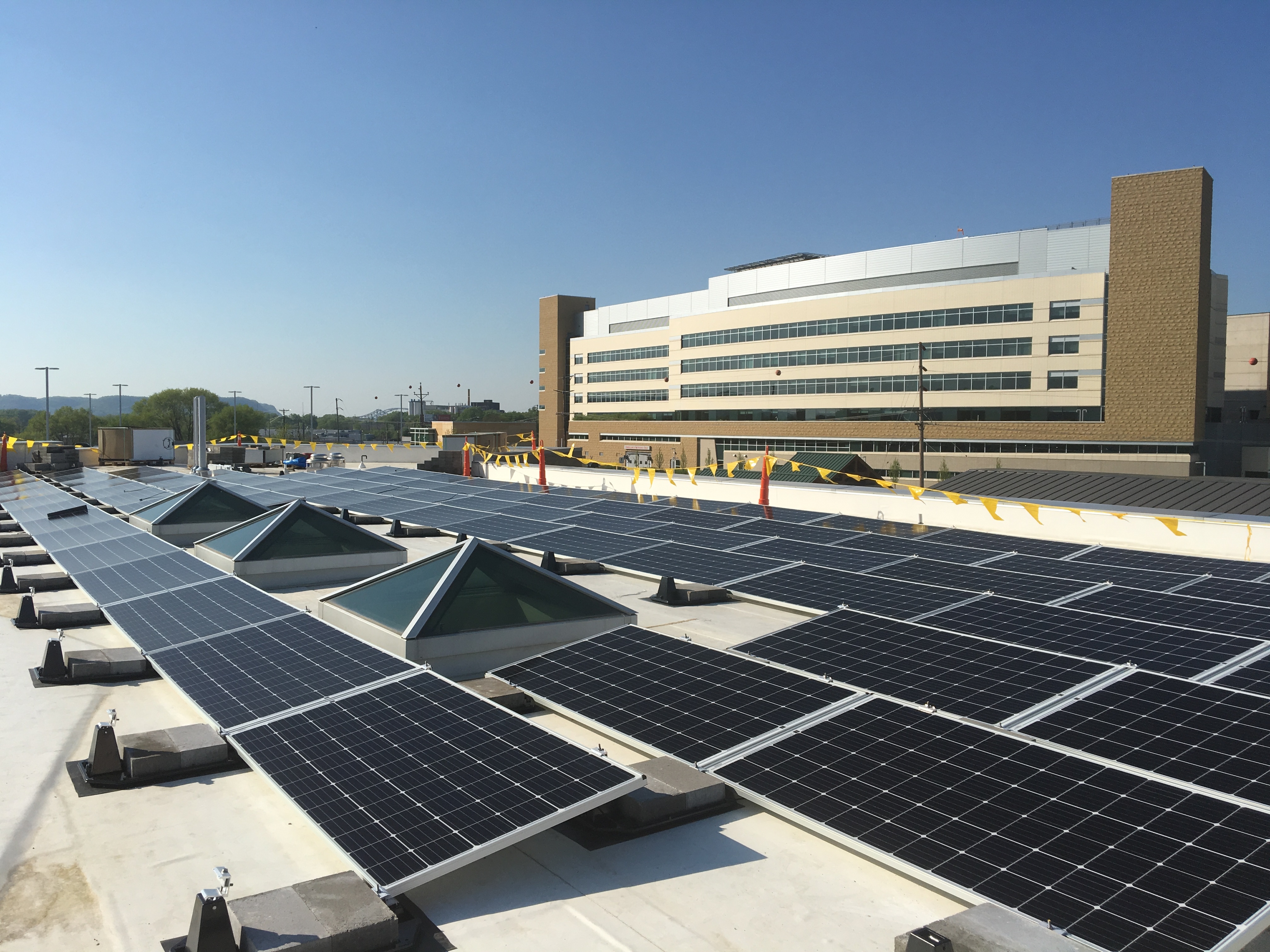 Gundersen will save 15,000 in energy costs just for this project

Gundersen Health System in La Crosse is continuing their goal of being energy dependent by installing 388 solar panels on the roof of their behavioral health building.

The project will give the building more than enough power according to Gundersen’s facilities director Alan Eber.

“When you think about over a course of the year, it will produce 150,000 kilowatt hours of electricity. That would power about 17 homes in La Crosse”

Eber says they’ve saved over 2 million dollars over the last 10 years on electrical costs, which in turn helps make the product for patients cheaper as well.

Eber said, “Because we’re not burning as much fossil fuels as a result of our operation, it’s improving the air quality in our community.”

The project should be completed by the first week in June.