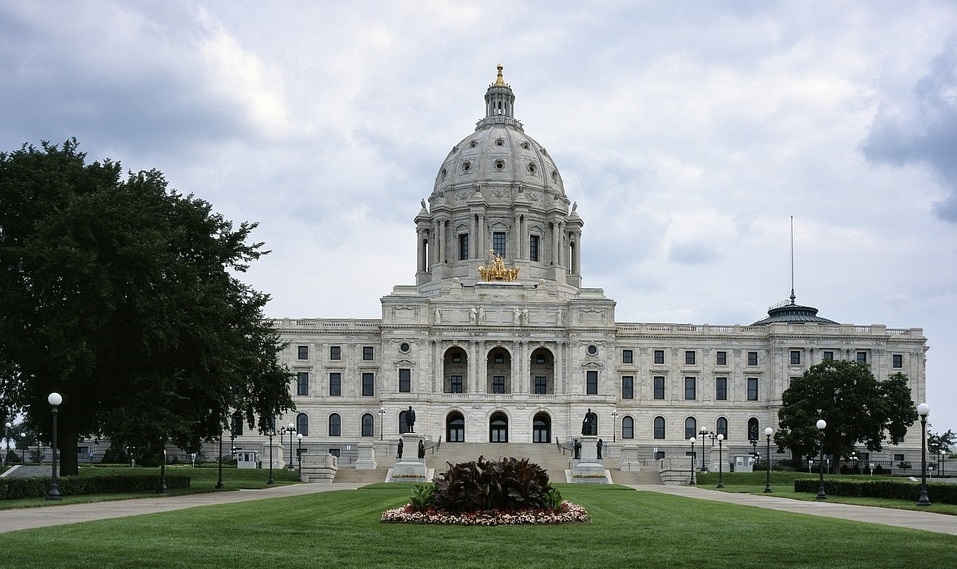 The Senate passed the so-called tax conformity bill on a 34-33 vote, following its passage in the House Tuesday night. But Dayton told reporters he would veto it as soon as Thursday morning, citing the lack of emergency school funding he demanded earlier this week as a condition of signing a tax bill.

Legislative theatrics are in high gear at the state Capitol with just days remaining until a Sunday evening deadline to finish their work as both sides wait for the other to crack first. After Dayton issued his ultimatum for the $138 million for 59 Minnesota schools suffering budget shortfalls, Republicans queued up the tax bill for a sudden vote rather than negotiate that bill and other government spending with Dayton.

Neither side has budged, and a veto would bring them back to square one. Asked if there was time to reach a compromise on taxes if Dayton vetoed the bill as promised, Senate Majority Leader Paul Gazelka said: “Anything is possible.”

Senate Democrats urged Republicans to get back to negotiating with the governor. Every Democrat voted against it, leaving no chance that the Republican-controlled Legislature could override Dayton’s veto.

“I’m pleased that we’re taking it up early enough that we can get a veto, that we’ll still have enough time in the session left to be able to negotiate a bill that the governor can support,” Democratic Senate Minority Leader Tom Bakk said.

Dayton has criticized the GOP-backed proposal as tilted too far toward businesses and wealthier Minnesotans, noting that the structure of the income tax rate cut would mean a larger return for taxpayers in the highest tax bracket. Dayton’s proposal would redirect much of the state’s additional revenue to a series of tax credits for low- and middle-income families, leaving many businesses with a higher tax burden.

But Republicans have called Dayton’s request for emergency school funding a non-starter, saying it came too late in session to be seriously vetted. Dayton first made the request on May 1, the same day Republicans in the Senate unveiled their tax bill. Dayton’s administration said they identified the problem as soon as possible, saying it was caused by a combination of school enrollment changes, teacher salary increases and shortfalls in special education funding.

“It feels like the governor’s trying to pit middle-income Minnesotans against school kids, and that seems to be a political tactic than a real solution,” Republican House Speaker Kurt Daudt said.

School funding and taxes are just two of many priorities the Legislature is aiming to accomplish before adjourning May 21. Lawmakers are also hustling to reach compromises on school security improvements, efforts to curb opioid abuse statewide, a package of $825 million or more in public works projects and more.