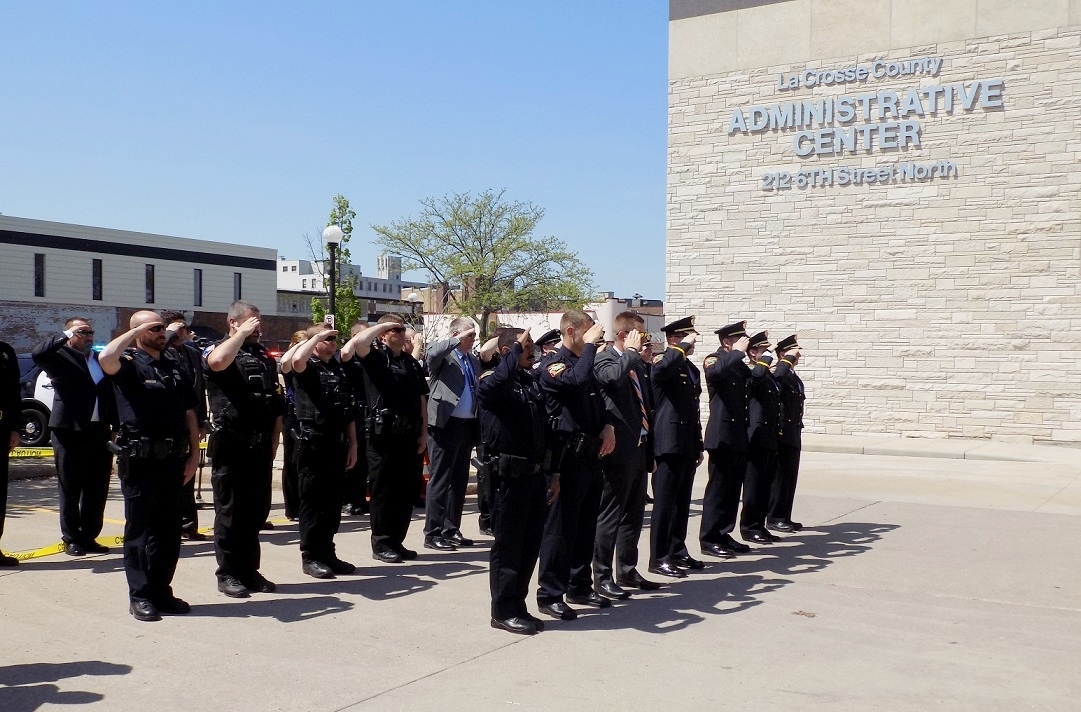 Rifle shots and trumpets were part of the ceremony outside the La Crosse County administrative center Tuesday, observed around the U.S. as Police Memorial Day.

Many area officers joined with county employees to remember five law enforcement workers from La Crosse County who have died in the line of duty since 1900 — and two officers from other parts of Wisconsin who lost their lives in the last year.

Sheriff Roy Sampson was the last law officer from La Crosse County killed on duty. Sampson died in a 1952 car crash while transporting a prisoner.

Trumpeters from Aquinas performed ‘Taps’ for the memorial ceremony. La Crosse police chaplain Mark Clements was a featured speaker at the outdoor observance.

O’Malley spoke about a friend of his, a Minnesota sheriff’s deputy, who was killed in 1996 when a teenager crashed a stolen vehicle into his squad car. 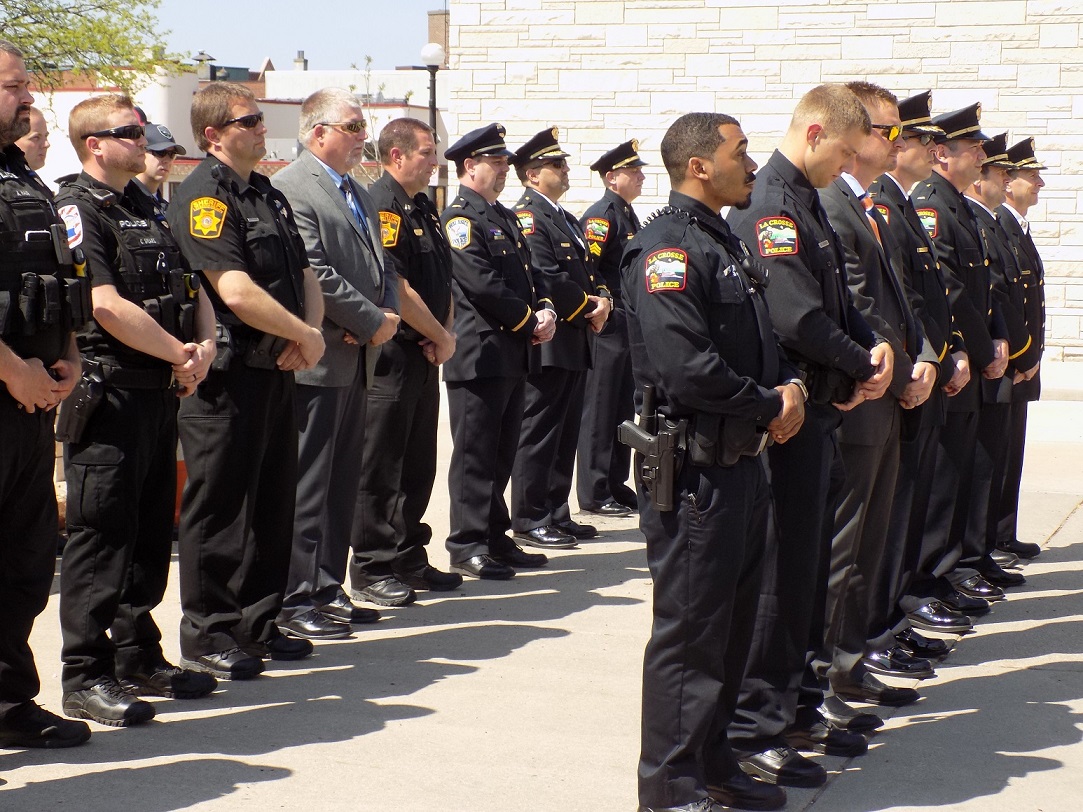