BEER, WINE and CHEESE: What more could you ask for in La Crosse? How about bacon? 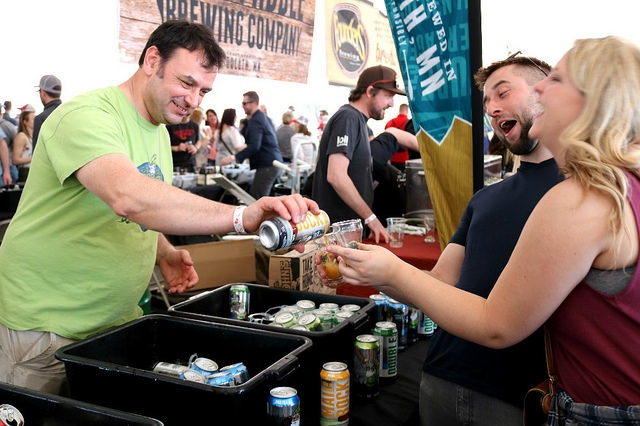 The name says it all: Between The Bluffs Beer Wine and Cheese Festival.

“It’s got everything that everybody loves.”

It’s the 16th year of the event, which begins at noon Saturday at the southside Oktoberfest Grounds for the VIPs and 2 p.m. for the rest of those who were lucky enough to get a ticket.

If you don’t have tickets, too bad. You can’t go. The 4,000-person event sold out six hours after tickets went on sale.

“I think people were just itching to get out, and this is kind one of the first bigger events of the (spring),” Burish said. “Over the last few years, the popularity of this event has just gone through the roof.”

In its first year, the event had 11 breweries participate. Six years ago there were 80. Saturday, 112 will be there.

As for what stands out, Burish couldn’t really say specifically.

“There’s a lot of weird beers and stuff out there now,” Burish said laughing. “There’s so many, I haven’t looked into all of them. There usually some weird ones. Dogfish Head has attended in the past. They’re known for making weird beers.

Like the steady increase in vendors, the ticket sales have gone faster than ever. While it took six hours this year, it took two days last year. And in the past, the event wouldn’t sell out until hours after it started — though it still sold out.

The event has tried to accommodate the increase in demand, allowing 1,000 more to participate this year over past seasons.

For those who don’t have tickets there are still ways to enjoy the fun. Beginning at 5 p.m. tonight at Pearl Street Brewery is a pub crawl of sorts, called Taster’s Eve.

Pearl Street is the first of 12 stops (seen here). A shuttle runs between them all every half hour. The event is free and the shuttle is, too, with a Saturday ticket. Otherwise it costs $5.

And on Sunday is the Bacon Bloody Brunch, which might be just as good as it’s Beer Wine and Cheese predecessor for those with a hangover. For $15 you get breakfast and a bloody. The highlight of that event, according to Burish?