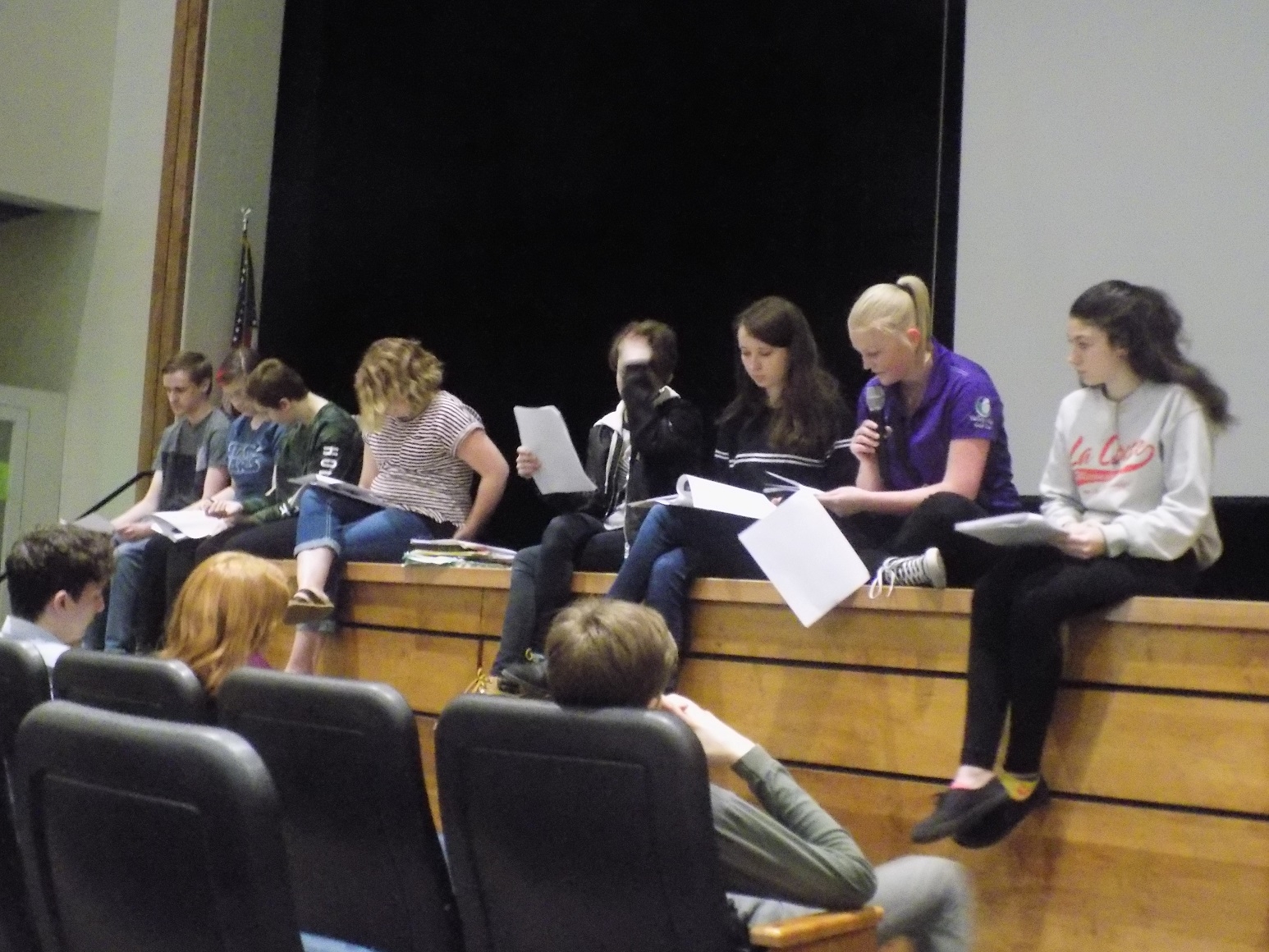 Students at La Crescent High School took part in a nationwide walkout campaign, for the anniversary of the Columbine school shooting. But instead of leaving the building, they gathered in the school auditorium:

A group of students sat on the La Crescent stage, to read brief stories about the people killed in the February school shooting at Parkland, Florida. A few dozen students sat in the audience for the 17-minute ceremony.

Back in March, students walked out of school for 17 minutes as part of a nationwide gun violence demonstration in memory of those killed in the Parkland, Fla., school shootings.

Friday morning, a new series of gun violence awareness demonstrations happened to mark the anniversary of the 1999 deaths at Columbine High School in Colorado.

Many La Crescent High School students met in the school auditorium, to hear stories about the 17 killed at Stoneman Douglas High School in Parkland.

Sammy, a sophomore who took part in the readings, said some students didn’t think the auditorium event was going to be serious. Some students said at the school apparently thought the 10 a.m. walkout was a joke and tore down signs announcing it.

“People don’t take this stuff seriously because it hasn’t happened to them but they need to realize that it could happen to them any day and that this stuff isn’t a joke,” she said. “It’s very serious stuff you shouldn’t joke about.”

Another La Crescent student, Max, is planning ways to spread the message about gun violence and school shootings through Friday’s event.

“I, myself, plan to document this, so I came here today and recorded it, as we did our biographies,” he said. “So I’m hoping to to make something out of these recordings I’ve taken. Maybe like a short documentary.”

La Crescent students were advised not to actually walk out of the school for the demonstration, because they could face punishment for being absent.