Not much change on La Crosse County Board, which got sworn in Tuesday 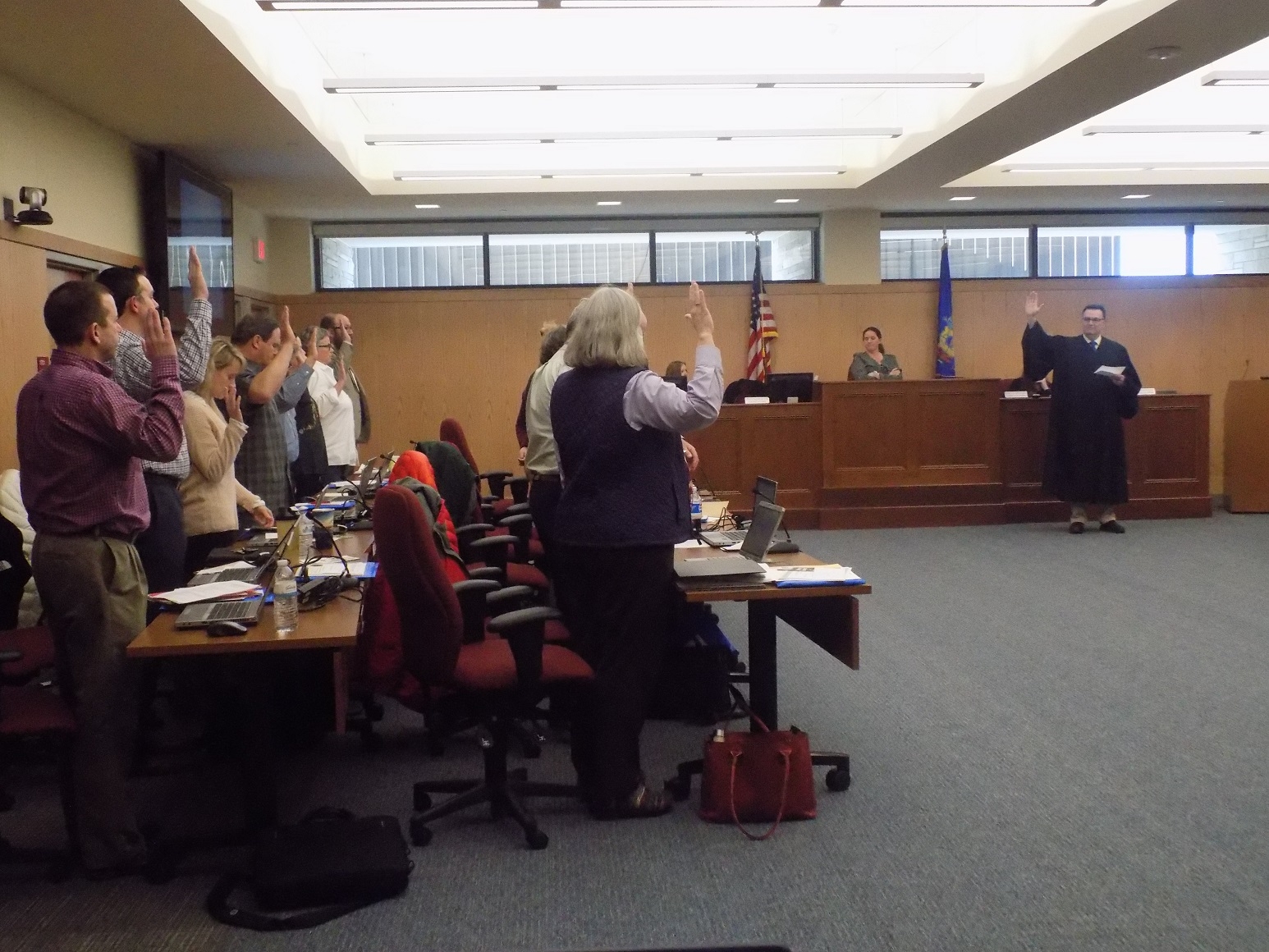 It’s the beginning of new two-year terms for the La Crosse County Board.

Judge Scott Horne gave the oath to the full board Tuesday night, two weeks after the spring election.

Actually, one of the 29 members did not take the oath last night.

Kevin Hoyer will be sworn in Thursday as the new supervisor for the 24th District. Hoyer defeated former supervisor Leon Pfaff by only two votes and prevailed in a recount just last week, so he has to wait longer to take office.

Tara Johnson was unanimously re-elected as board chair. She has led the board for several years.

Monica Kruse and Doug Weidenbach were chosen as vice chairs.

The board, elected April 3, changed only slightly from the lineup in March with two new supervisors. One defeated an incumbent, while the other was elected to an open seat.

Much of Tuesday’s organizational meeting included a review of the county’s code of ethics. The board did vote to keep 6 p.m. as the starting time for its twice-monthly meetings.