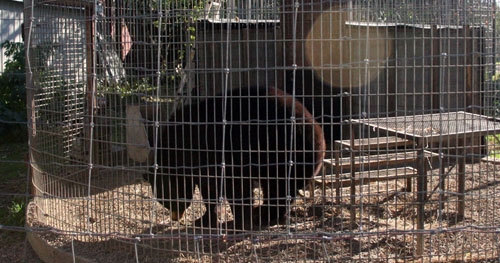 A federal appeals court says a northeast Iowa roadside zoo violated the Endangered Species Act with its treatment of some animals.

A three-judge panel of the U.S. Court of Appeals for the Eighth Circuit issued a unanimous decision Wednesday that upholds a 2016 district court ruling that Cricket Hollow Animal Park violated the federal law.

The zoo in Manchester, once known as Cricket Hollow Zoo, has been tangled in litigation for years over accusations that provided poor living conditions for some animals. That led to the removal of some animals from the property.

The Animal Legal Defense Fund, a national animal welfare group that has sued the zoo, says the latest ruling affirms protections for endangered animals in captivity and strengthens legal arguments in other related lawsuits.

An attorney for the zoo’s owners did not immediately return a message left Wednesday.

Two bears–Patience and Prudence–who formerly lived at the Myrick Park Zoo in La Crosse were sent to Cricket Hollow after the Myrick Zoo was closed in 2010.

At the time, Park Director Steve Carlyon described Cricket Hollow as a “retirement home” for bears.