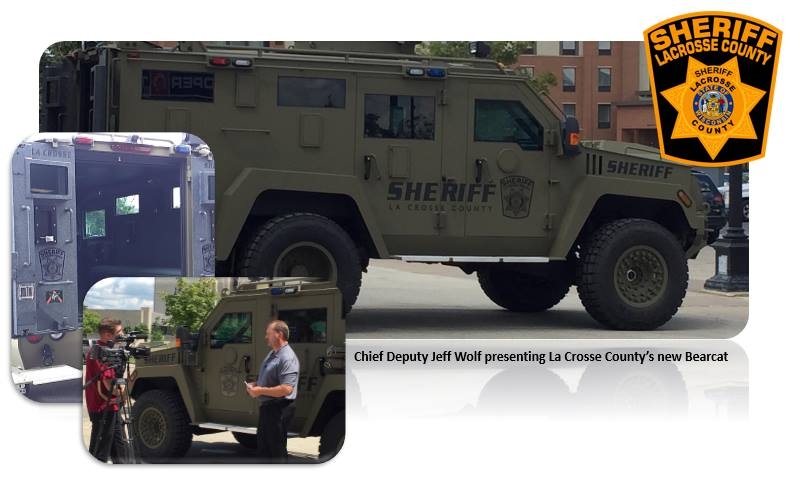 Some high-tech camera equipment could be bought soon by La Crosse County for use in police work.

This week, county committees are reviewing plans to use $55,000 in grant money for night-vision and thermal imaging cameras.

“We’ll have a discussion about it,” chief deputy Jeff Wolf said. “I see no reason why we would turn down additional equipment for the entire region of western Wisconsin.”

Wolf says the cameras were not included with the county’s newest Bearcat emergency vehicle last year, and the state is giving La Crosse County a chance to pick up that equipment.

“It would always be a nice thing to have,” Wolf said. “Didn’t necessarily need it but there was leftover funding so it looks like we may be able to get that now.”

Wolf added that if La Crosse County doesn’t take the money, it might go to somebody else in the state.

“They have awarded it to us as a non-competitive grant meaning we didn’t put in for it,” Wolf said. “But, they knew when we purchased a new bearcat it did not have all the equipment it maybe should have had on it.”

He hopes that county board members will accept the grant.