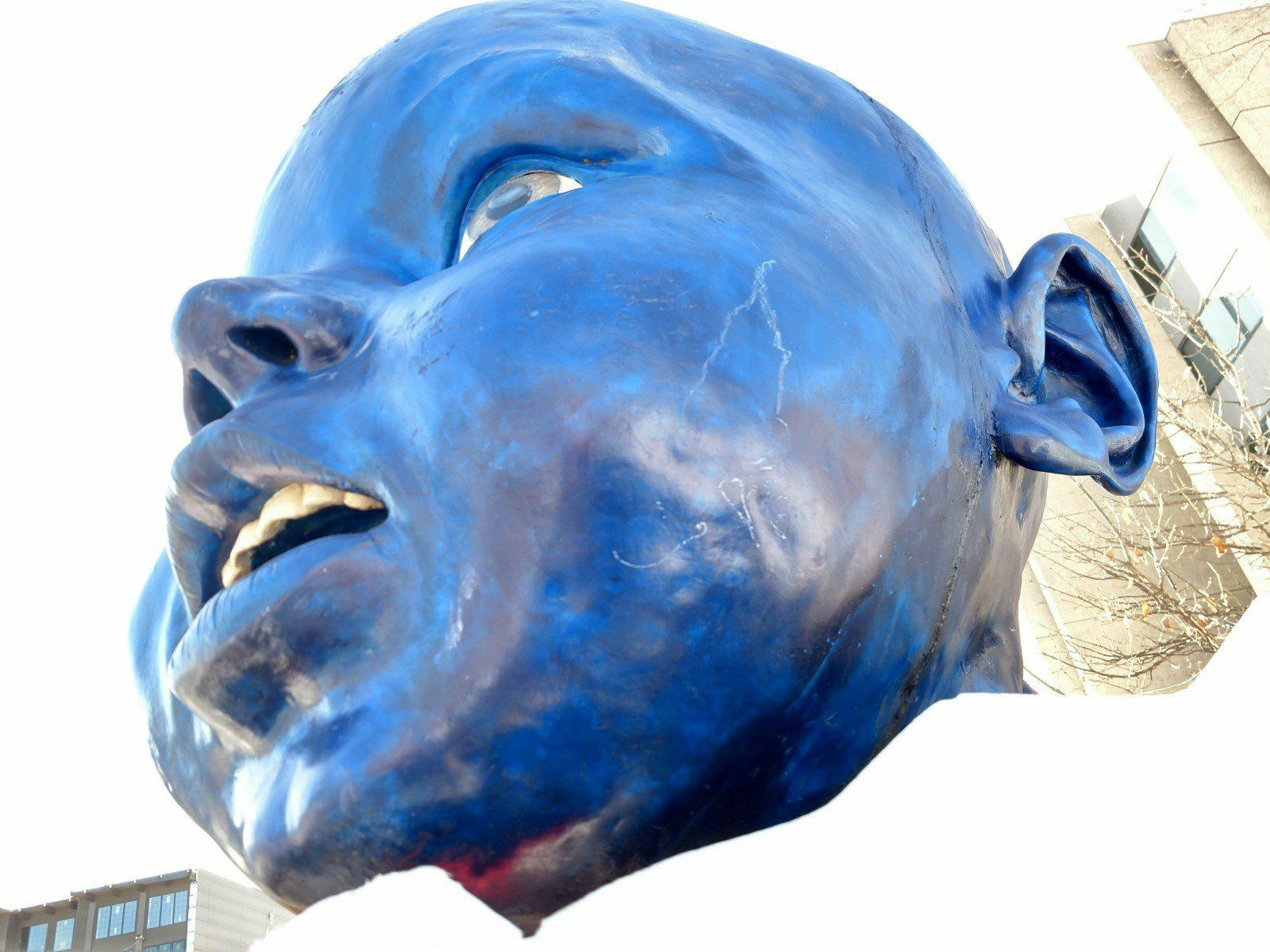 The ‘Hatched Baby’ — a large blue baby emerging from an egg — was installed outside La Crosse’s city hall last week, and people seem to be divided between loving it and hating it.

La Crosse arts board chairman Doug Weidenbach is glad that people are getting to see the sculpture, after it was in storage for months.

“I know I’ve been encouraging people to take selfies and things like that and post them to social media so we can promulgate the baby far and wide,” he said.

Those who do take selfies with the baby can enter for a chance to win breakfast on WIZM by uploading that selfie here. 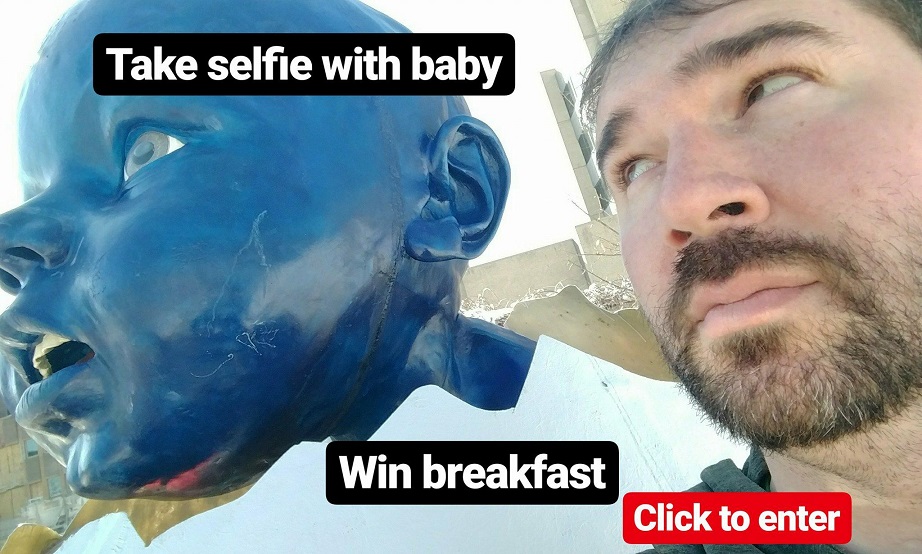 In the near future, Weidenback says the arts board wants to concentrate on fixing existing artwork in La Crosse that is deteriorating, such as the eagle sculpture at the west end of State Street.

“There is signs of deterioration on some of these very iconic sculptures in La Crose,” Weidenback said. “We think it’s our responsibility as a board to help inform the city of the condition of those artworks.”

Meanwhile, the heron statues introduced in La Crosse 10 years ago are now being restored, with many of them to be displayed together near the riverfront later this year.