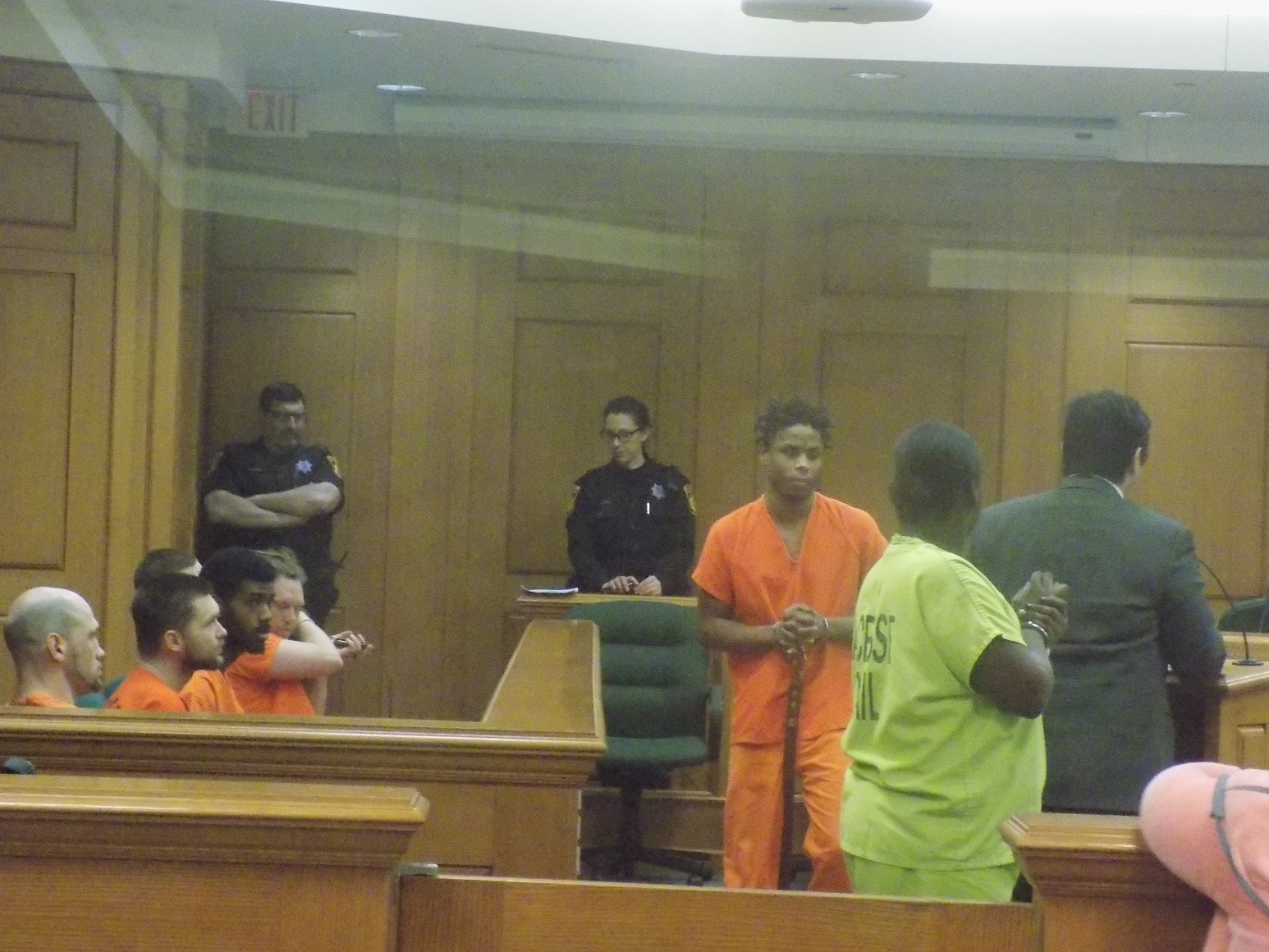 Prosecutors said 18-year-old Heavell Basley and a 20-year-old Sparta man, Elijah Burks (right), both had sex at the same time with a young woman at a house on King Street back in 2015.

Police believe Burks forced the victim to have sex with him and Basley simultaneously for an hour, after physically abusing her — slamming her to the ground — and threatening to kill her if she refused.

A third man also is accused of assaulting the woman that same day, but charges have not been filed against him yet.

Basley, who made his first court appearance Thursday, is charged with first-degree sexual assault and Judge Elliot Levine doubled his bond to $10,000. He could face 60 years in prison.

Charges were filed last month against Burks in the same case.

Basley was charged last November with taking part in a gang rape with as many as 11 males at a garage in south La Crosse and is awaiting trial in that case. The victims in that case were 15 and 16 years old.