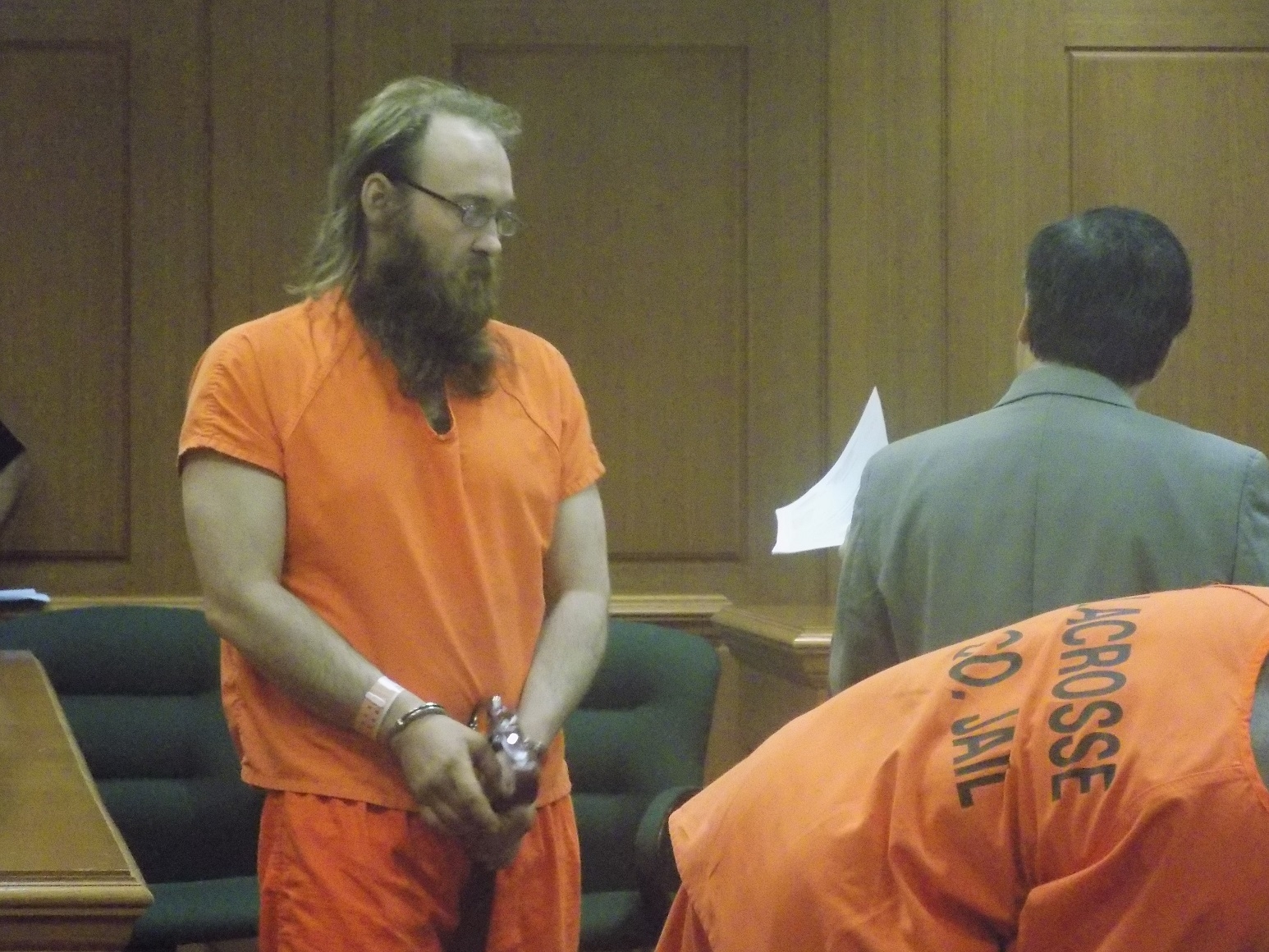 The former La Crosse man, who has a history of becoming violent with law officers, is facing six new charges after an arrest in downtown La Crosse around 1 a.m. Tuesday.

Back in December of 2016, Lexvold was shot twice and wounded by police during a standoff just off Highway 16 in which he charged officers with a logging chain (see video here)

After Lexvold was pulled over by La Crosse police at Fifth and Cass street Tuesday, the 38-year-old made a remark to officers about not having his logging chain with him.

He was charged with battery to an officer and resisting arrest.

Jessica Skemp from the District Attorney’s office says Lexvold continues to have a history of violent offenses.

“Particularly, I think, the conduct towards law enforcement — resisting being taken into custody, being held accountable for his behavior — indicates that he is a risk to not appear in court, as well,” Skemp said in court.

His attorney asked to have Lexvold undergo mental health treatment.

Lexvold had a brief trial in La Crosse this week on a theft charge of stealing a boat lift from two years ago. He was found guilty and was placed on justice sanctions for 30 days.