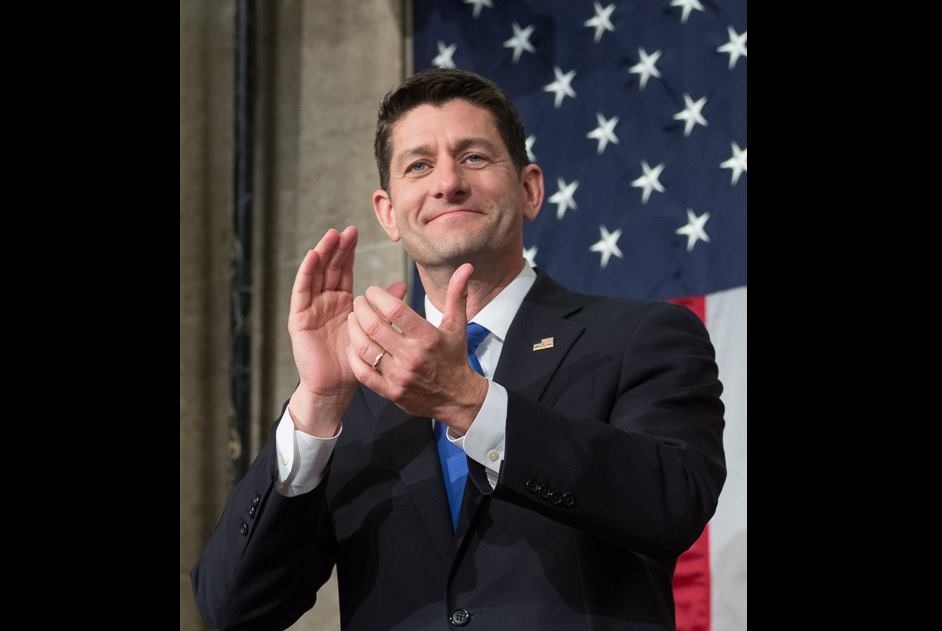 The vote was 256-167, a one-sided tally that underscored the popularity of a budget deal among party leaders that provided enough money to address many of both sides’ priorities. Further highlighting how eager lawmakers were to claim victories, the House approved the 2,232-page package — which stood around a foot tall on some legislators’ desks — less than 17 hours after negotiators released it publicly.

Well here it is, all 2,232 budget-busting pages. The House already started votes on it. The Senate is expected to soon. No one has read it. Congress is broken… pic.twitter.com/izvJlUEgUM

The next step was Senate passage, which was assured.

But it was possible some Republican senators critical of the bill’s spending could delay its approval until after midnight Friday night. If that occurred, that would prompt the year’s third federal shutdown, an event that was sure to be brief but would still embarrass a GOP that controls the White House and Congress.

The White House said President Donald Trump supported the legislation, even though he tweeted Wednesday that he “had to waste money on Dem giveaways” on domestic programs to win increases for the military.

“Vote yes for our military. Vote yes for the safety and the security of this country,” said House Speaker Paul Ryan, R-Wis.

Democrats touted spending boosts on biomedical research, child care and infrastructure projects. And Minority Leader Nancy Pelosi, D-Calif., attributed part of the House’s hasty work on the measure to GOP fears of being stuck in Washington on Saturday, when huge throngs of students and others are expected to demonstrate in support of gun curbs.

“They just don’t want to be around when the young people come to town,” Pelosi said.

Some Republicans were opposing the measure because of what they considered excessive spending. Some Democrats were opposed because it lacked language renewing the Deferred Action for Childhood Arrivals program, or DACA. Trump has ended DACA, which temporarily lets some young immigrants brought to the U.S. illegally as children stay in the U.S.

The bill would deprive Trump of some of his border wall money and take only incremental steps to address gun violence. It also would substantially increase the federal deficit.

Also missing was a renewal of federal subsidies to insurers aimed at curbing the relentless growth of premiums. Trump ended some of those payments as part of his effort to scuttle President Barack Obama’s health care law. A bipartisan effort to restore them and add additional help for carriers foundered over several disagreements including how tight abortion restrictions on using the money should be.

On guns, leaders agreed to tuck in bipartisan provisions to bolster school safety funds and improve compliance with the criminal background check system for firearm purchases. The bill states that the U.S. Centers for Disease Control and Prevention can do research on gun violence, though not advocacy, an idea Democrats pushed.

Democrats temporarily shut down the government earlier this year as they fought for protecting the Dreamers. But the issue only rose to a discussion item when Trump made a late-hour push for a deal in exchange for $25 billion in border wall funds.

Instead, Trump is now poised to win $1.6 billion for barriers along the border. The White House said it plans to use one of the prototypes the president recently visited in California for a 14-mile segment in San Diego. But it is not clear they can be used elsewhere, because of restrictions in the bill. Less than half the nearly 95 miles of border construction, including levees along the Rio Grande in Texas, would be for new barriers, with the rest for repair of existing segments.

Both parties touted $4.6 billion in total funding to fight the nation’s opioid addiction epidemic, a $3 billion increase. More than $2 billion would go to strengthen school safety through grants for training, security measures and treatment for the mentally ill. Medical research at the National Institutes of Health, a longstanding bipartisan priority, would receive a record $3 billion increase to $37 billion. Funding was also included for election security ahead of the 2018 midterms.

Child care and development block grants would receive a huge $2.4 billion increase to $5.2 billion. And an Obama-era transportation grant program known as TIGER would see its budget tripled to $1.5 billion. Head Start for preschoolers would get a $610 million boost, while an additional $2.4 billion would go for child care grants.